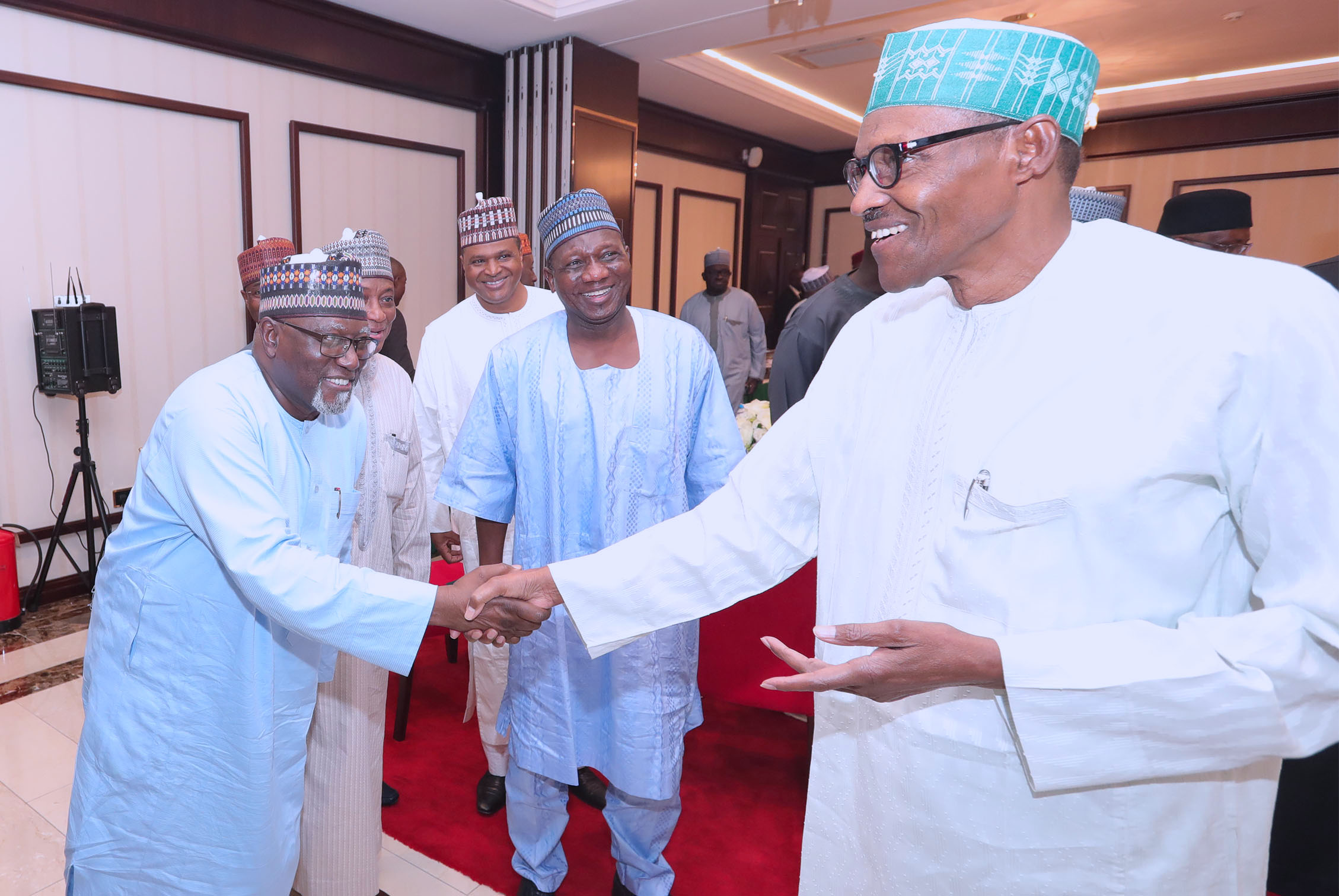 It was 24 hours after the official release of my book, “An Encounter with the Spymaster” in July 2017 that I received an invitation from a top retired Air Force officer for a meeting with the then Director General of Department of State Service (DSS), Lawal Daura.

Before the invitation, a Presidential spokesperson, Mallam Garba Shehu had publicly attacked the book in a press statement which he described as “an attempt to rewrite the history of the War on Terror Campaign.”

Though I was not skeptical or apprehensive about the scheduled meeting that day, I nevertheless told the retired military officer that I wouldn’t be able to attend because I was on a casual dress of Jeans and T-Shirt instead of my usual traditional attire for public outings and visitations.

The Officer countered that my dress did not matter. I, therefore joined the team comprising top retired officers from the Nigerian Air Force, Navy, Army, intelligence Services and a strategic officer. Present at the meeting were top DSS directors with the Director-General himself.

Meanwhile, that visit to the DSS Headquarters afforded me the second opportunity of a face-face encounter with Lawal Daura. I had previously met him at Heathrow Airport, London on the night of May 14, 2017, probably after he might have met President Muhammadu Buhari who was then on Medical Vacation in Britain.

Though one could have misgivings on some of his official roles, Daura naturally wears infectious smiles, decked with disarming contour of glowing white beards. The aura projected him as a harmless and innocent person who cannot hurt a fly. I walked up to him and surprisingly, he responded calmly and briefly to my penetrating questions about his office, especially on his refusal to appoint a spokesperson for his agency and other contentious issues. With reassurance, he gave what he called genuine reasons for the excuses and excesses.

That visit to his office, afforded him the opportunity to inform us about major accomplishments and some misgivings about his office. Ever-smiling, Daura was eloquent, smart and intelligent in response to some of the issues we discussed.

Daura, who was sacked a few days after his 65th birthday, was born in Daura, Katsina State and started his career in the State Security Service in 1982 and rose to the rank of Director. He was once a spokesperson of the agency and Deputy Director Presidential Communication, Command and Control Centre at Abuja. He also served as the State Director of Security Service at various times in Kano, Sokoto, Edo, Lagos, Osun and Imo States.

It’s not unlikely that some of his achievements may have been overshadowed by the many controversies trailing his tenure as the Director General of the agency. He was particularly responsible for the release of many hostages from the Boko Haram gulag. In fact, the release of UNIMAID lecturers, including a group of oil explorers and police women that were held captive for more than half a year could be attributed to his efforts. His agency played prominent roles in the alleged exchange of Boko Haram Commanders with many Chibok and Dapchi Girls. The agency was also directly involved in the arrest of major kidnap kingpins and top ritualists and provided intelligence to other services for such arrests nationwide.

He was also responsible for the arrest of a member of the controversial AVM John Ode Presidential Arm Probe Panel for alleged extortion on behalf of other members and for money laundering and illegal possession of firearms. The suspect, retired Air Commodore Mohammed Umar was nevertheless illegally detained for five months by DSS before he was released after a threat by Justice Dimgba.

There was also the glaring inter-agency rivalry among security agencies which triggered the DSS to submit two damning ‘security report’ on EFCC Boss, Ibrahim Magu to the Senate, warning lawmakers not to confirm his colleague’s appointment. Lawal Daura only reported directly to President Muhammadu Buhari and no one else.

It is an undeniable fact that in the three years of Muhammadu Buhari’s administration, the DSS under Lawal Daura has succeeded in some of its statutory mandates but unfortunately, it is notorious in defying the constitution by disobeying court orders and detaining citizens arbitrarily.

While it sounds childish the claim by political elements that the recent siege on NASS was a conspiracy between Lawal Daura and Senate President Bukola Saraki, the question on the lips of many and begging for an answer is: could the Kwara man be more influential and sophisticated than the Number One man from Katsina?

Could the same Senate President influence the flagrant disregard of court orders by DSS in the illegal detentions of former National Security Adviser Sambo Dasuki, and a leader of the Shiite movement, Ibrahim el-Zakzaky since 2015?

Could Saraki have engineered the October 2016 dead-in-the-night invasion of homes of senior judges across the country by the DSS with the arrest of seven judges, including two of the Supreme Court who were later discharged except one that died during the trial?

Who could have also influenced the violation of a court order and forcible ejection of former DG DSS, Kayode Are from an Ikoyi property in December 2015?

Have we forgotten in a hurry how in November 2017, the EFCC secured an order to arrest Ita Ekpeyong, a former DG DSS and this action was scuttled due to the activities of DSS under Lawal Daura and the roles he played in the saga involving Ayo Oke, the erstwhile DG of NIA?

Could another opposition element to President Buhari also used DSS to clampdown and arrest several lawmakers of Ekiti State House of Assembly in March 2016 and the invasion of the National Assembly and stealing of the Mace of the Senate of the Federal Republic by thugs suspected to have been procured by an APC Senator, Ovie Omo-Agege, from Delta State in April 2018?

On whose directive was the unconstitutional attempt to remove Governor Samuel Ortom in Benue State in July 2018 when the DSS and the police provided security for eight lawmakers to take over the House of Assembly of 30 members? What about the incident in 2015 when DSS operatives raided the Government House Uyo, Akwa Ibom State purportedly in search of arms, ammunition and a huge stash of United States dollars, and which till date, no charges have been filed three years after? Whose footprints were those?

Were journalists spared the fangs of the white-bearded man? Was it the opposition that ordered Daura’s DSS to detain Jones Abiri, a journalist from Bayelsa State from July 2016 to July 2018 without being charged to court? Were the ‘wailers’ also responsible for the detention of Tony Ezimakor, a journalist with Daily Independent, who was threatened to disclose his sources of information?

By the way, who could have influenced the naked display of nepotism where 51 candidates from Katsina were recruited into DSS as against 44 successful candidates from the entire South-East of five states in 2016?

Could Lawal Daura have attained and achieved some of the feats, the pros and cons without the knowledge of the Commander-in-Chief since he only took orders from one person? Or should we agree with the political permutations that his positive deeds are attributed to President Buhari while his negative actions were influenced by the ‘Sarakis’ of this world and other opposition elements?

Your Guess is as good as mine.