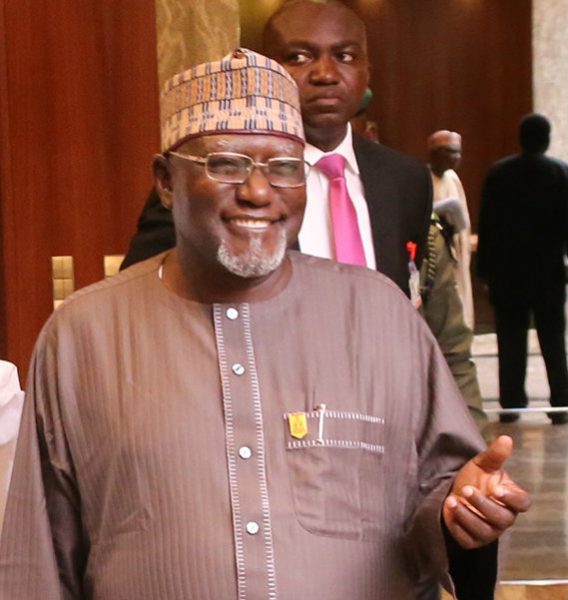 An arsenal of loaded weapons – including an Uzi sub-machine gun –  hundreds of assault rifles and a vast quantity of PVCs and cash said to be over N21 billion have been discovered in a house in Abuja, belonging to sacked Director General of the Department of State Services (DSS), Mallam Lawal Musa Daura.

Per Second News learnt that the money was found at the guest house of the former DG at Usuma street, off Gana, in Maitama, Abuja.

The Sacked DSS DG is alleged to be engaged in dealings involving $21 million handed over to him by his predecessor, Mr. Ita Ekpenyong.

“Daura is also facing interrogation over alleged withdrawal of N12.9 billion from Pension Account of the DSS. He was further alleged to have withdrawn the sum of N1.6 billion from the N2.4 billion account belonging to the DSS Staff Insurance account by a relation of Daura,” the source told Forefront news media.

All efforts to confirm the story from top sources proved abortive, as no one was willing to volunteer information on the startling discovery at the home of the former DSS boss.

Ekpenyong was interrogated by the Economic and Financial Crimes Commission (EFCC) headquarters on Thursday in Abuja over how he managed funds approved by former National Security Adviser, Col Sambo Dasuki ahead of the 2015 polls.

Loaded gunsPVCs and massive wads of cash found at Abuja home of sacked DSS DG
Share
Subscribe to our newsletter
Sign up here to get the latest news, updates and special offers delivered directly to your inbox.
You can unsubscribe at any time