With Buhari ill in 2017, Saraki plotted to succeed the president – Senator Abdullah Adamu 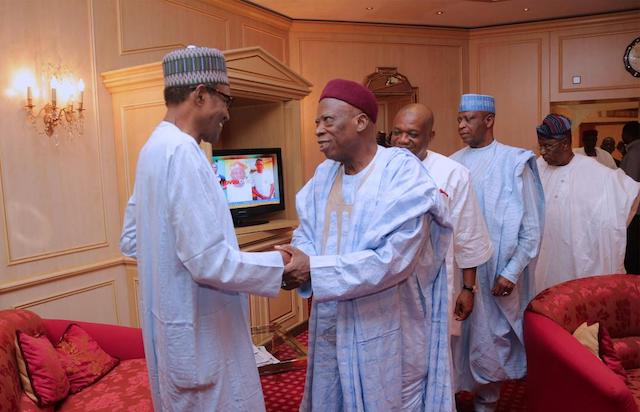 In 2017, as president Muhammadu Buhari dealt with serious health issues in the United Kingdom, Senate president Bukola Saraki,  sought ways on how to become Nigeria’s president, according to the Senator representing Nasarawa West in the National Assembly, Abdullah Adamu.

Adamu on Monday alleged that the Senate President could be well described as being mischievous against the backdrop that he had plotted against President Buhari, with plans to succeed the President when he was sick, thinking that the President will not return to the country.

The former Nasarawa governor made the statement while reacting to statements by the Senate President that his sudden support for Buhari was the result of the case he and his son had with EFCC; adding that the Keffi-born lawmaker was a “mischievous and compulsive liar.”

According to Adamu, Saraki lied; noting that his case with the anti-graft agency was closed on June 28, 2015.

Saraki on Monday said, ” Again, I restate that Senator Adamu is a deceptive, manipulative and desperate liar. He only says what suits him as the occasion demands. I urge people to check his contributions on the floor before the EFCC moved against him and his son and they will see that this is a latter day, selfish supporter of President Muhammadu Buhari.

“We know what he was saying about the President and his administration and what should happen in 2019 before then during discussions with our colleagues, particularly the former Governors in the Senate. I specifically recall some statements he made on the President and his administration during an official trip we made together to Morocco in March last year. At the appropriate time, we will give more details.

“Senator Abdullahi’s statements should not be relied upon. He is a deceitful fellow who says what suits the situation that he finds himself. So, it is now he knows the Senate has a bad leadership after three years?

Saraki plotted to succeed the president in 2017 - Senator Abdullah AdamuWith Buhari ill in 2017
Share
Subscribe to our newsletter
Sign up here to get the latest news, updates and special offers delivered directly to your inbox.
You can unsubscribe at any time