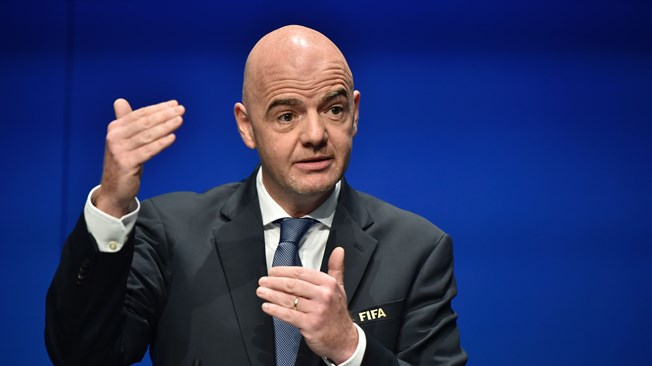 FIFA is sending an uncompromising approach to end the crisis in the Nigerian Football Federation, said president Gianni Infantino, as he declared Amaju Pinnick, as the authentic football boss in the country.

“So, Pinnick is the President of NFF for FIFA, because he is the one elected,’’ he said.

” It is also clear to all within the family that there can be no interference in the running of the national federations by any party, especially those outside the football family.

The FIFA president added that Nigeria as a member-association of FIFA, would then be at the risk of facing the world body’s sanctions if the situation continued as it is now.

The Supreme Court on June 5 set aside Pinnick’s election and recognised Giwa as substantive chairman.