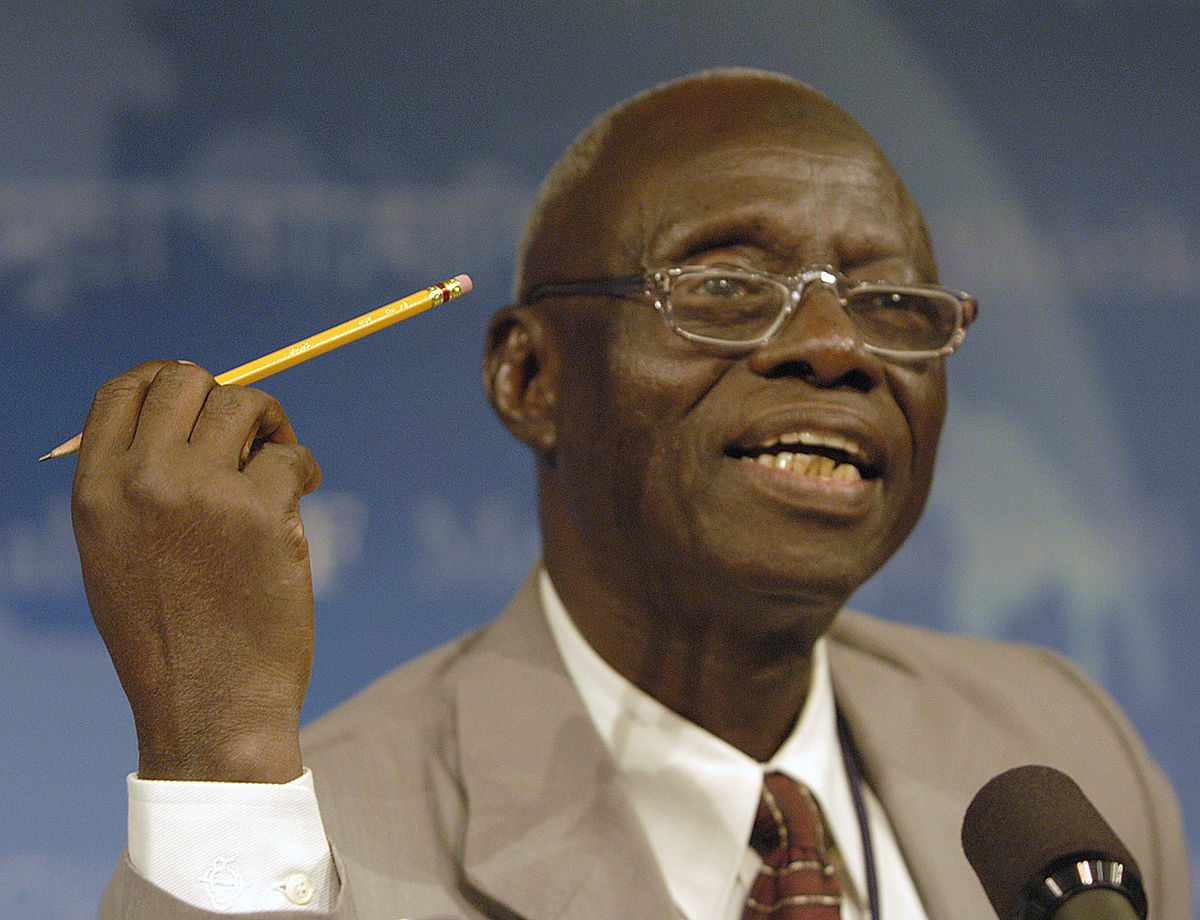 Adamu Chroma former Minister of finance, died on Thursday at the Nizamiye hospital,  Abuja according to family sources. He was 84 years old.

His remains is being transported out of the hospital at this hour, Per Second News gathered.

Ciroma is a founding member of the People’s Democratic Party (PDP). He served as Minister of finance in the government of  Obasanjo from 1999 to 2003.

Ciroma was briefly the secretary of the NPN and he later served at various times as Minister for Industries, Agriculture and Finance. As a senior cabinet minister in the Shagari administration, he played pivotal roles in the implementation of the president’s agenda especially in the areas of food production and working with international agencies to develop an Agricultural Development Project (ADP).

In September 1983, he was made the chairman of a presidential transition committee, which further demonstrated the trust the president had in his capabilities. The committee was mandated to make proposals on how to re-structure the federal government which was going through a crisis of confidence.

The late Mallam Adamu Ciroma, was a journalist, administrator, was third in the 1978 presidential primaries of the defunct National Party of Nigeria, NPN, subsequently turned out to become a close confidant of President Shehu Shagari and served as minister in the Second Republic. He was also a close confidant of President Olusegun Obasanjo in the Fourth Republic and a rallying figure in the northern opposition to the 2011 presidential bid of President Goodluck Jonathan. Ciroma has largely kept out of the public eye despite the active participation of his wife, Hayiya Maryam Ciroma in the affairs of the Peoples Democratic Party, PDP.

During a recent interview he said Nigeria is great with its diversity and gave knocks to those tribes seeking a withdrawal from Nigeria.

” Biafra, this Biafra, I tell my Igbo friends, Biafra, for what? This Nigeria is too small for you Igbos. All over Nigeria you will see Igbos everywhere, Ciroma said.

” The Yoruba are probably the people who economically enjoy Nigeria more than anybody, economically. So why are they going? So my own problem with Nigeria is that many people say things without thinking.”

Adamu ChromaFormer Finance Minister Dead at 84
Share
Subscribe to our newsletter
Sign up here to get the latest news, updates and special offers delivered directly to your inbox.
You can unsubscribe at any time