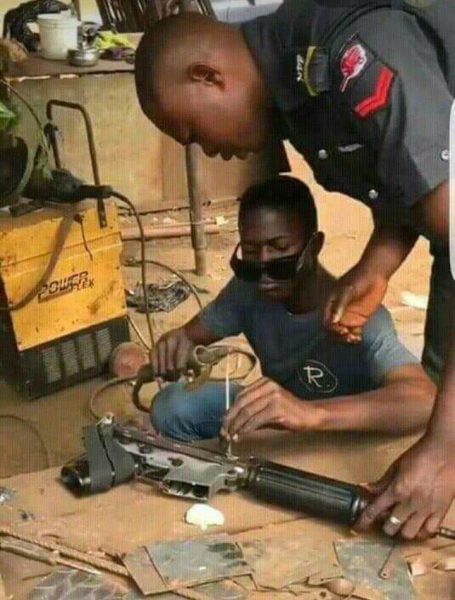 At least 7 police officers were killed when a raid on a criminal hideout at Galadiomawa junction, off airport road in Abuja was ambushed, officials said Tuesday. The ensuing firefight was one of the deadliest for the Nigerian Police in recent years.

Residents said the incident occurred around 9pm with dozens running for safety at the garage roundabout close to the shootout.

A Police officer was seen begging for civilian clothing after removing his police uniform to escape the gunmen.