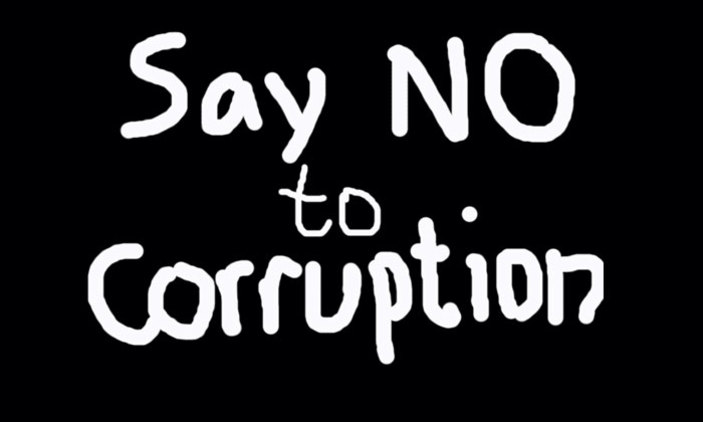 President Muhammadu Buhari must no doubt be pleased with the Attorney-General and Minister of Justice, Abubakar Malami. And this is not just because the anti-corruption drive of the federal government is working, as evidenced by the recent jailing of some high-profile thieves, including former state governors. This is the first time such is happening in a democratic dispensation in Nigeria.

But Malami has also carried the anti-corruption message to the international community. The AGF, riding on the internationally recognized integrity of President Buhari, is crisscrossing the world, especially Europe and the United States, asking governments to voluntarily return funds looted from Nigeria. It is a pragmatic approach to recovery of looted funds stashed in the vaults of banks abroad.

The federal government would hire foreign consultants and legal experts to target such hidden funds not yet identified in ongoing investigations. Once targeted, the experts would collaborate with the government of such country to recover the funds for Nigeria.

This is an experiment that has worked and delivered fruitful dividend.  Early this year, the government sealed a deal that led to the repatriation of $321 million looted funds recovered in Switzerland. Last month, President Buhari said the funds would be put into the conditional cash transfer (CCT) scheme targeted at the “poorest of Nigerians”.

An additional $500 million looted by the family of the late General Sani Abacha and stashed in the US would soon come back home too. This is because the federal government is already in talks with the United States on the repatriation of the fund.

Switzerland, which is a destination of choice for Nigerian looters, has an existing partnership with Nigeria for the repatriation of looted funds identified in the country.It was based on the strength of this partnership on asset repatriation between both countries that the $321 million was recovered for Nigeria.

But the repatriation scheme is being expanding to bring in other countries Nigerian public officials use as haven for looted funds. The success of the scheme in Switzerland, which is like the pilot country, would encourage the federal government beam light on looted funds in other countries.

Recently, Malami and some Nigerian officials had a tripartite meeting in the UK between Nigeria, the US and the State of Jersey on asset recovery. There is no doubt that Nigeria is getting positive responses from governments all over the world on this critical issue. The anti-corruption stance of the Buhari administration is being noticed by the world. A good testimony of this was the recent invitation and visit of President Buhari to the United States. He was received by the President of the United States, Donald Trump, who eulogized Buhari’s leadership virtues and indicated his administration readiness to partner with Nigeria on mutually beneficial issues.

I have read comments in the press from some Nigerians asking what the government has done with the monies recovered. This is the right to question to ask, but it is simply unnecessary in this Buhari dispensation. Reason is agreements have already been signed between Nigeria, the countries involved and the World Bank on what the monies returned to Nigeria would be used for. The agreement gives Nigeria the privilege to decide what projects the monies would be used to finance, but the execution would be monitored by the World Bank and some selected civil society organizations to ensure value for money.

For instance, the monies repatriated from Switzerland would be used to fund government projects that would be closely monitored by the World Bank and the Swiss Civil Society Organizations in the country. A Memorandum of Understanding (MoU) on Repatriation, signed between Nigeria and Switzerland provides check mechanisms to ensure the monies are not squandered.

These checks and balances are to ensure effective and transparent utilization of the monies repatriated. These include monitoring by the world bank, the participation of the Swiss civil society and agreement of targeted projects. Some of these targeted projects include those related to social investments such as school feeding, entrepreneurial and skill acquisition programmes of the federal government.

Malami and his team are quietly working to ensure looted funds can no longer find a hiding place in our planet. And they are going about it with the diligence and unobtrusiveness of brilliant lawyers. There is no doubt the country is getting the desired result and is even poised to get more.

Corruption in public finance expenditure has gone on for too long in this country. And in recent years it had endured with impunity and brazenness. To attempt to stop the momentum as the Buhari administration is doing is to take on the darkest forces in the country and even beyond.

That is why should not surprise anyone that the administration has been the target of some virulent and hateful criticism ever spewed at any presidency in this country. The haters (I will not call them critics) would not care to see or recognize the positive actions of the Buhari administration but would very readily jump at any perceived mis-step of the government.

Those cannot be critics; they’re haters and propagandists. Criticism is desirable, especially in a democracy. When critics identify and comment good programmes and actions of government, it acts as an elixir-it encourages the government to exert itself in the right direction. When such critics also point at the whimsical, the misguided and bad policies of the government, it is taken seriously as evidence of constructive criticism which moves a country forward.

There is no doubt that some of the best initiatives of this administration to fight corruption include the Treasury Single Account (TSA) and the electronic salary payment scheme (IPPIS). There is no doubt that the TSA especially has made release of government money very difficult, but it has ensured to a large extent that government budgets are not squandered. This is why many beneficiaries of squandered and stolen funds are complaining that things have been very difficult under this administration. But I have not heard or read any statement of the opposition commending any of the positive initiatives of this administration. They only see what is wrong, not what is right. And it is a pity!

Suleiman wrote in from Abuja