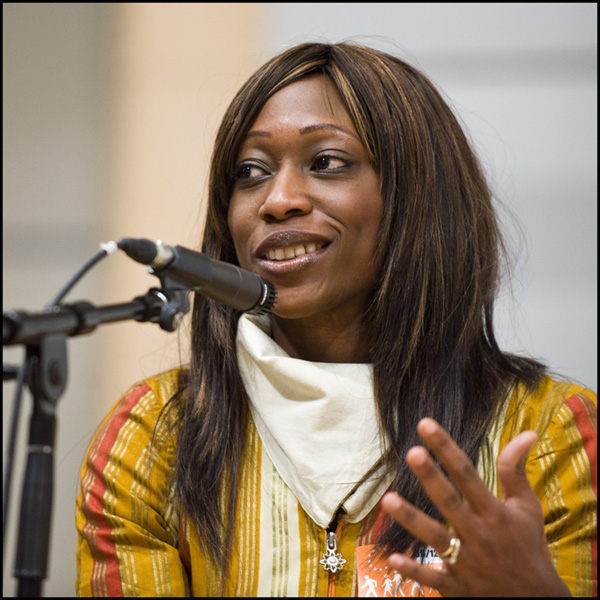 Share
Hafsat Abiola’s mother, Alhaja Kudirat Abiola was brutally murdered in 1996, during a demonstration for the release of her husband.

It is difficult to try to stand in the shoes of a giant of one of the greatest humans that the world ever had but that is the responsibility of why we are here today. And indeed, even for MKO Abiola it was difficult for him to imagine how he would speak to Nigerians in inauguration.

He was born Yoruba but he loved Hausa people, Kanuri, Efik, Igbo people, he loved all you just needed to be a Nigerian and MKO was your man. If he could help he would do. There is so many things he already did to Show and that was why the people of Nigeria rewarded him with the mandate of June 12, 1993. But we know that he was never able to deliver that speech but in many ways, the event that transpired later revealed to Nigerians the eloquence in his heart, the fidelity of his commitment and even his own deep abiding wish that if there was anyway his own actions would in anyway comprise the people of Nigeria, MKO preferred to die, he preferred to leave the earth rather than compromise on you, on your integrity as a people and your sovereignty as a nation.

Which was why even the day before he died when he was still being pressured, he asked the question, how do you shaved the people’s heads in their absence. He knew he was present in the room he was pressured but he knew that so long as he refused to allow his own head to be shaved as a symbolic message to you the people of Nigeria that you will be saved.

And when he died, we accepted his body and have watched in Nigeria as year after year till now the 25th year, you the people have suffered and he was not recognize at all.

President Muhammadu Buhari, Nelson Mandela it was who said, “It always seems impossible until it is down.”

Who would have ever believed given the relationship that you had with Chief MKO Abiola that you would be the instrument God will use to honour this man and to bring recognition and healing to the country.

You apologized to my family and it touched my heart. You know that I also lost my mother in this struggle, so that apology meant so much. Let me use this opportunity, on behalf of the Chief MKO Abiola because I know what he would have done, I use this opportunity to apologize to you, to apologize to your family, anything that he might have done to harm you and to harm your family.

I read the statement that you made where you said we should prepare now to wage a battle  for the defence of the people of Nigeria against those who think of themselves as the landlords of Nigeria. Let me say to you that by recognizing June 12, you awaken so many heroes and heroines of Nigeria’s struggle who have shown because they stood firm on June 12 that money cannot buy them. If there is any match that we need to match, if there is any protest that we need to be present to protest, you have called up your own new own Army for the defence of this country. And President Muhammadu Buhari, this fight will not take you God willing as it has taken MKO but let us fight and bring about the conclusion of MKO struggle that the Nigerian people should be the ones in full control of this country. It is not for a few landlords whoever they maybe, it is for the 200 million people of Nigeria.

Mr. President on behalf of the MKO Abiola family, we  accept both the award and the apology. We will like to thank you for the great honour you have done our family. We thank you for taking the decisive measures to strengthen our democracy and guarantee our future by reconciling our past. Thank you very much sir. Generations to come will honour your for this.

My the souls of our dearly departed Rest In Peace. God bless the federal republic of Nigeria.

Valentino Rossi: Maverick Vinales can fight for title with Yamaha