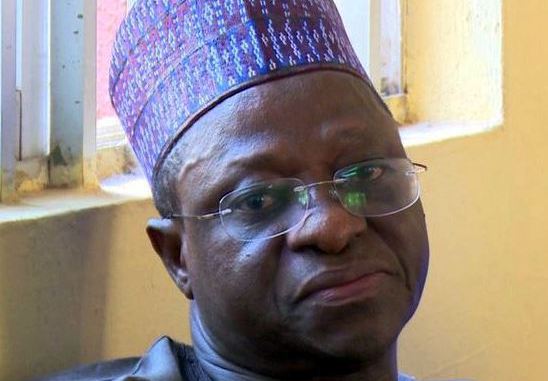 A former governor of Plateau state, Joshua Dariye,  was jailed for 14 years on Tuesday after being found guilty of corruption and diversion of N1.126 billion to an unregistered company.

During the cost session, a visibly shaken Dariye, was briefly allowed to use the bathroom, pausing the court proceedings.

Dariye, a serving senator,  was sentenced by Justice Adebukola Banjoko, without the option of fine.

The former governor appeared in court in a white agbada with family members and friends.

He (Dariye), looted in ignorance, his lawyer begged before the axe fell.

In her ruling, the judge said: “I can’t imagine a brazen act of looting as in this case,” Banjoko said.

“I welled up while reading (the judgement) thinking of the victims, it is a litany of woes. They were adults making rational choices. More importantly, I think what touches me the most, your family, they are victims.

During his time as governor, he was arrested along in London, England, on 20 January 2004, with large sums of money.