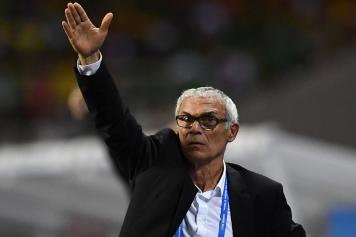 Egypt Coach Hector Cuper has fired back at Sergio Ramos over his comments about Mo Salah.

The Spaniard was involved in a tussle with the Liverpool player in the Champions League final, pulling him down by the arm and dislocating his shoulder.

Many in Egypt believe this was done on purpose, with a massive petition earning over 500.000 signatures.

“I’m not a doctor, I don’t know if [Sergio] Ramos is a doctor, but it’s a player who is playing a final and has an injury,” Cuper told reporters prior to Wednesday’s friendly with Belgium.

“I don’t have any doubt that if he could keep playing he would do it, because a Champions League final is extraordinary.”

“My opinion is that Salah has an important injury, there is a recovering [process] that we can see, and we are optimistic about the chances he has to play in the World Cup,” he said.

“We listen to many things, but the reality is that the doctors recover or confirm a problem in a player.”

Ramos was unsympathetic to these concerns, claiming that it was Liverpool looking for excuses.

The Real Madrid defender said: that he “didn’t want to speak because everything is magnified. I see the play well, he grabs my arm first and I fell to the other side, the injury happened to the other arm and they said that I gave him a judo hold.