Commonwealth delivers plans to speed up fight against ‘tsunami of global corruption’. 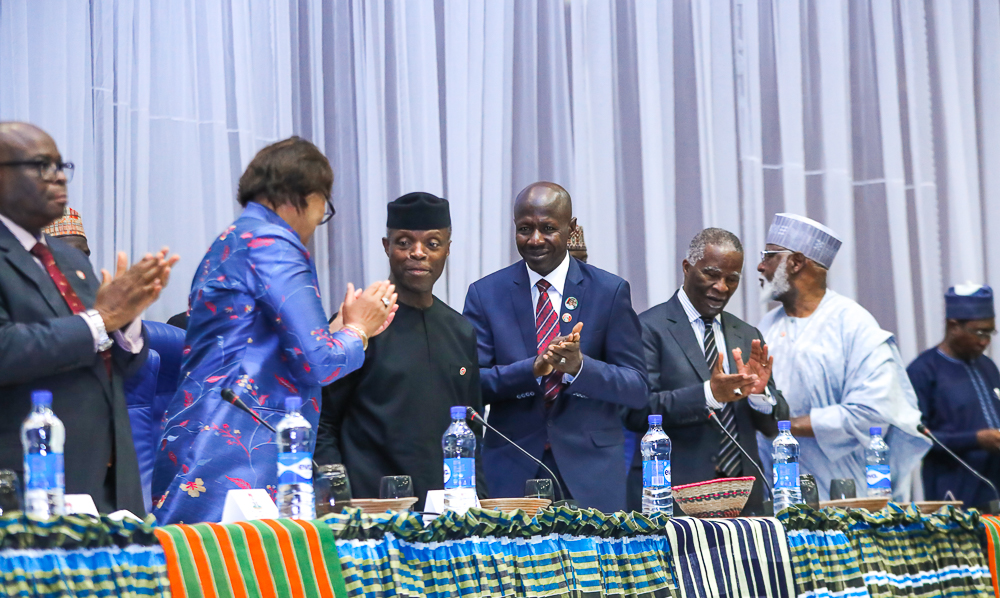 Secretary-General Patricia Scotland has outlined her vision to fight corruption in the Commonwealth at the opening of the 8th Commonwealth Conference of Heads of Anti-Corruption Agencies in Africa in Abuja.

“Globally, we are facing a tsunami of corruption. In 2015, UNODC estimated that the amount of money laundered globally each year is 2 to 5 per cent of global domestic product or between 800 billion and USD 200 trillion,” said Secretary-General Scotland. “It is estimated that corruption costs the African continent over USD 148 billion per annum.

“You, the heads of anti-corruption agencies, will be seeking to meet this challenge. You are leading the fight against this Tsunami. You are the early warning mechanisms, the rapid responders, mobilisers, you put in place necessary, critical measures that enable us to build back better.”

The theme for this year’s conference is ‘Partnering towards assets recovery and its return’, and the Secretary-General highlighted the challenges facing member states. 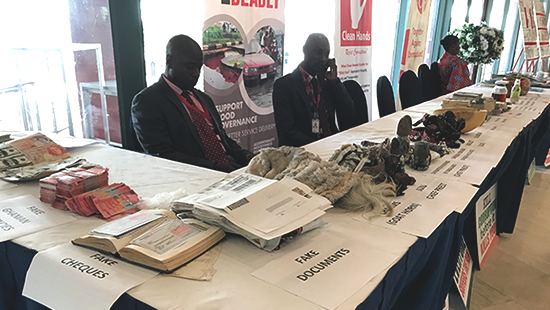 “I would like to share a few of the inspiring stories on how you on the continent are beginning to win the battle against corruption,” continued the Secretary-General. “Botswana’s Directorate on Corruption and Economic Crime is currently investigating 26 suspects who are accused of money laundering and fraud to the tune over 300 million pula, which is equivalent to USD 85 million. 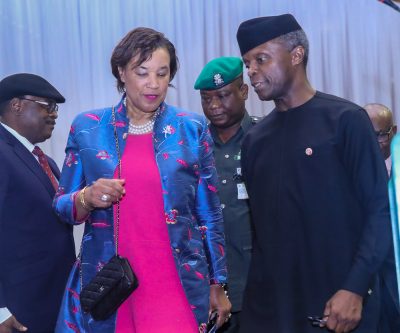 “South Africa’s Special Investigations Unit which, between 2015 and now, has recovered assets or prevented fraud equivalent to 13 billion rand which is just over USD 1 billion dollars. Here in Nigeria, over USD 3 billion dollars of ill-gotten gains have been recovered.

“I would like to put on record my deepest admiration and gratitude for all anti-corruption agencies gathered here today, including those at the forefront of cases I have just highlighted.”

Secretary-General Scotland said the Commonwealth owed ‘immense gratitude’ for the wisdom and leadership of President Muhammadu Buhari of Nigeria.

“The Office is currently working with the British Standards Institute and the Global Infrastructure Anti-Corruption Centre on a package of Commonwealth Integrity benchmarks.

“The plan is for the benchmarks package to include a summary of requirements for key anti-corruption standards and commitments, with Commonwealth examples of good practice on implementation and enforcement,” said the Secretary-General. “Initial elements of the package will be presented during this conference, and feedback and recommendations from participants will be most valuable. 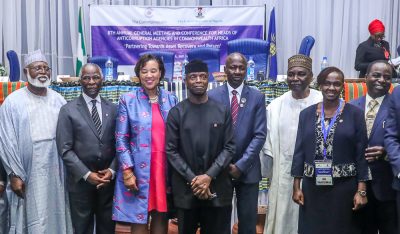 “I believe that the development and roll-out of a Commonwealth Integrity Index will act as a further weapon in our armoury to tackle this global tsunami. By doing so, we truly are working and acting towards the goal which I have so often enunciated.”

Secretary-General Scotland said that there would be a formal process of consultation with member countries to take all views into account. She anticipated that the benchmarks package could be presented for adoption in Rwanda at CHOGM 2020.

CommonwealthCorruption
Share
Subscribe to our newsletter
Sign up here to get the latest news, updates and special offers delivered directly to your inbox.
You can unsubscribe at any time

Mbeki, Scotland at the th Commonwealth Conference of Heads of Anti-corruption Agencies in Africa

Nigeria’s 2018 World Cup Squad: Who’s on the plane, who’s in contention, who lost out.