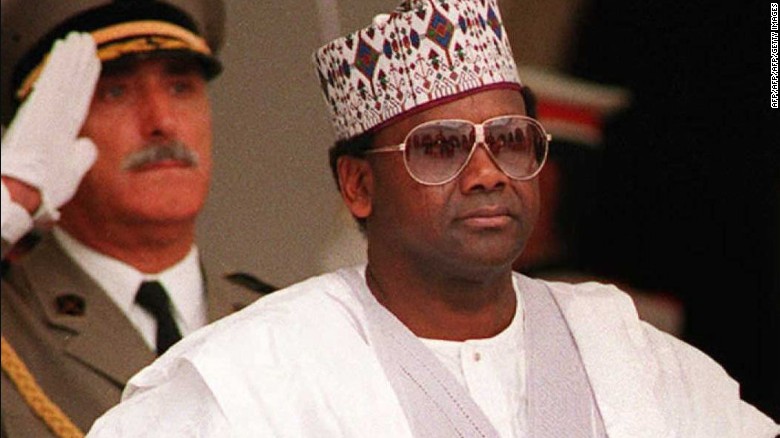 The Swiss government last week confirmed, through its ambassador to Nigeria, Chad, Niger and the Economic Community of West African States, Mr. Eric Mayoraz in an exclusive report with Daily Sun newspaper that Switzerland had returned the remainder of Nigeria’s public funds looted and stashed by the late Head of State, General Sani Abacha, in some coded accounts in the countries of Switzerland, Liechtenstein and Luxembourg.

That confirmation came on the heels of an article, written by an Abuja-based journalist, Mr. Sufuyan Ojeifo, which was published in some newspapers and online news portals wherein he asserted that $322 million had been repatriated according to information he received from some credible grapevines in Abuja.  That report, in a way, underscored and still underscores the integrity of the President Muhammadu Buhari’s government.

The final figure (reportedly made up of $250 million from Liechtenstein and $72 million from Luxembourg) is $1 million more than the figure of $321 million that had hitherto been widely reported to be the remainder.  This is worthy of commendation.  It is a product of transparent and transformational leadership provided by Buhari.

His point man in the Ministry of Justice, Mr. Abubakar Malami (SAN), who is the Minister of Justice and Attorney General of the Federation, should also get some plaudits for acquitting himself creditably in the final process leading to the repatriation.

Malami has been a subject of some myth and propaganda contrived by some forces within and outside some official quarters in Abuja aimed at discrediting him and the engagement of some Nigerian senior lawyers who helped to scrutinize, vet and tidy up the Memorandum of Understanding (MoU) such that a trilateral agreement crystallized from it on December 7, 2017.

Malami was in company with the team of Nigerian lawyers led by Mr. Oladipo Okpeseyi (SAN) at the signing of the MoU by the Swiss government, World Bank and Nigeria at the inaugural Global Forum on Assets Recovery (GFAR) in Washington DC in the United States of America for the repatriation of the money which must be channeled into some national safety net projects.  Part of the provisions of the MoU is that the World Bank would monitor the projects on which the money would be expended to guard against misappropriation.  This is also a welcome development.

But what is, however, reprehensible is the attempt by some forces back home to insinuate that the decision by Malami to engage some Nigerian lawyers to complete the processes involved in the signing of the MoU was an attempt to re-loot the repatriated fund.  Their argument is hinged on their claim that the process had been completed by the Swiss lawyer, Enrico Mofrini, who started the process of tracing, confiscation and repatriation of the looted funds in 1999.

Their argument was obviously to rebut Malami’s claim that the process had not been completed which was the reason he engaged the Nigerian lawyers after Mofrini reapplied to complete the process on a fresh payment of 20 percent professional fees on the value of the money.  Malami had, in his counter offer, expressed the willingness of the Nigerian government to pay five percent.

By the way, Monfrini’s twenty percent offer, if Malami had accepted it, would have amounted to $64.2 million as against the five percent ($16.1 million) with which he counter offered and which Monfrini rejected outright.  The Nigerian lawyers engaged to deal with Monfrini’s mischief, however, eventually settled for four percent to complete the process.

The pertinent question to continuously ask the forces that have deployed the instruments of myth and propaganda in obvious attempts to discredit Malami and the process is: If Monfrini had completed the process, why then did he reapply to complete the process on a fresh professional fee of 20 percent?  Monfrini can answer this question.  And, in doing that, he should be aware that he has Malami to contend with in case he tries to insinuate some unlawful activity.

However, it is interesting that some forces in Nigeria have reportedly been on the trail of Monfrini to speak on the matter.  Initially, he was reported to have disappeared and become inaccessible as he was no longer responding to their e-mail requests.  Did they have to pressurise Monfrini to do the needful if he had been wrongly treated? He would have fought his own battle himself.

Amusingly, the forces that are determined to discredit Malami had gone ahead, following the successful repatriation of the fund, to claim that Monfrini had finally responded to their e-mail request, claiming that he did not ask Nigeria for any fresh payment. Such a one-line claim is rebuttable.  It amounts, in the main, to his words against the words of the Nigerian government that he actually requested for fresh payment of 20 percent professional fees.

Therefore, I posit with all sense of responsibility that in order to dismantle the myth and propaganda against Malami, the process and the Nigerian lawyers who completed it, Malami may have to declassify any form of correspondence or communication relating to Monfrini’s offer and the Nigerian government’s counter offer.  This will help to appropriately portray as unsophisticated the new onslaught by the anti-Malami forces that are projecting and syndicating Monfrini’s purported claim in the media to the effect that he did not ask for an extra dime from the Nigerian government to complete the repatriation process.

Besides, it would also answer the question on the social media as to whether the engagement of Nigerian lawyers to complete the process on payment of four percent professional fees is not a classical case of re-looting the Abacha. Even the dimwitted would know that this can only be a classical case of hard negotiation and prudent management of public fund. In this instant case, there appears to be no truth in the allegation of re-looting the Abacha loot.

The premise of the social media-contrived narrative will also be shattered by raw documentary evidence that the Nigerian lawyers of Okpeseyi and Temitope Adebayo acted properly in the discharge of a legal contract on which they were entitled to specific percentage as professional fees agreed to by both parties. Upon completion of the services, they deserve to be paid their fees and not taken through needless anguish due to the antics of some distraught forces.

The suggestion by the anti-Malami forces that he probably did not need legal consultants to help him complete the process cannot hold waters as such services are not illegal.  Those were the exact services that Monfrini was offering to past Ministers of Justice and Attorneys-General of the Federation since 1999. Malami could not, therefore, have been wrong to have engaged Nigerians lawyers whose experience he leveraged on in that area at the least possible cost to the nation.

If the anti-Malami forces are complaining about the Nigerian  government having to pay the Nigerian lawyers as they have claimed N6 billion, would they have preferred that the Nigerian government paid the Swiss lawyer, Monfrini, close to N40 billion for the same services? What are they talking about?  If it is bad belle against the Nigerian lawyers, they should go pursue other consultancy contracts elsewhere.  The operating space is wide for birds to fly without clashing now. Fact of life.