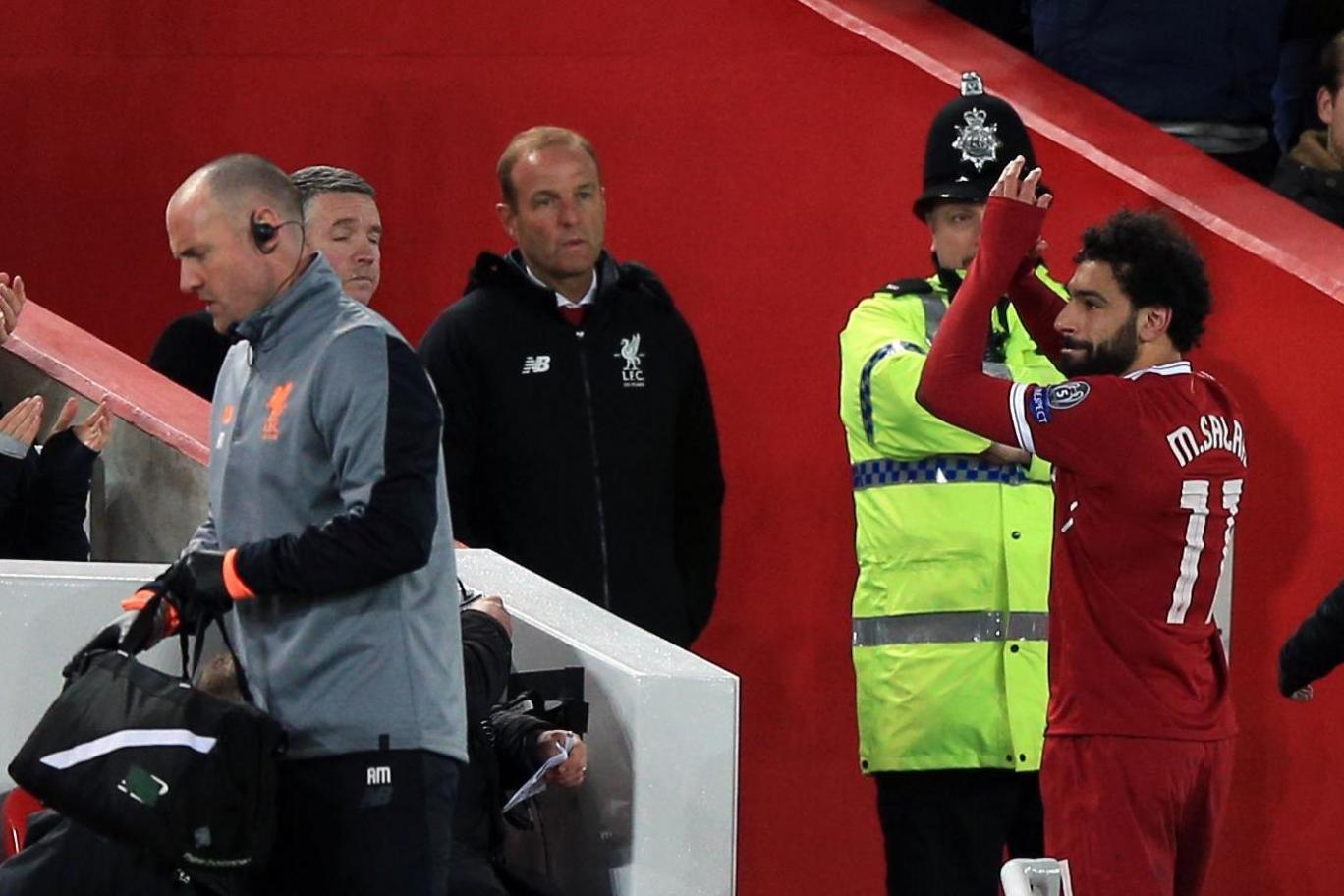 Liverpool took a major step towards the Champions League semi-finals by defeating  Manchester City  3-0 at Anfield in the first-leg of their quarter-final tie.

The Reds scored all three of their goals in a whirlwind first 45 minutes, Mohamed Salah opening the scoring in the 12th minute, before Alex Oxlade-Chamberlain then Sadio Mane extended their lead.

Salah was withdrawn early after the interval and City did start to dominate, though they never seriously tested Loris Karius in the Liverpool goal; in fact, City failed to record a single shot on target all game.