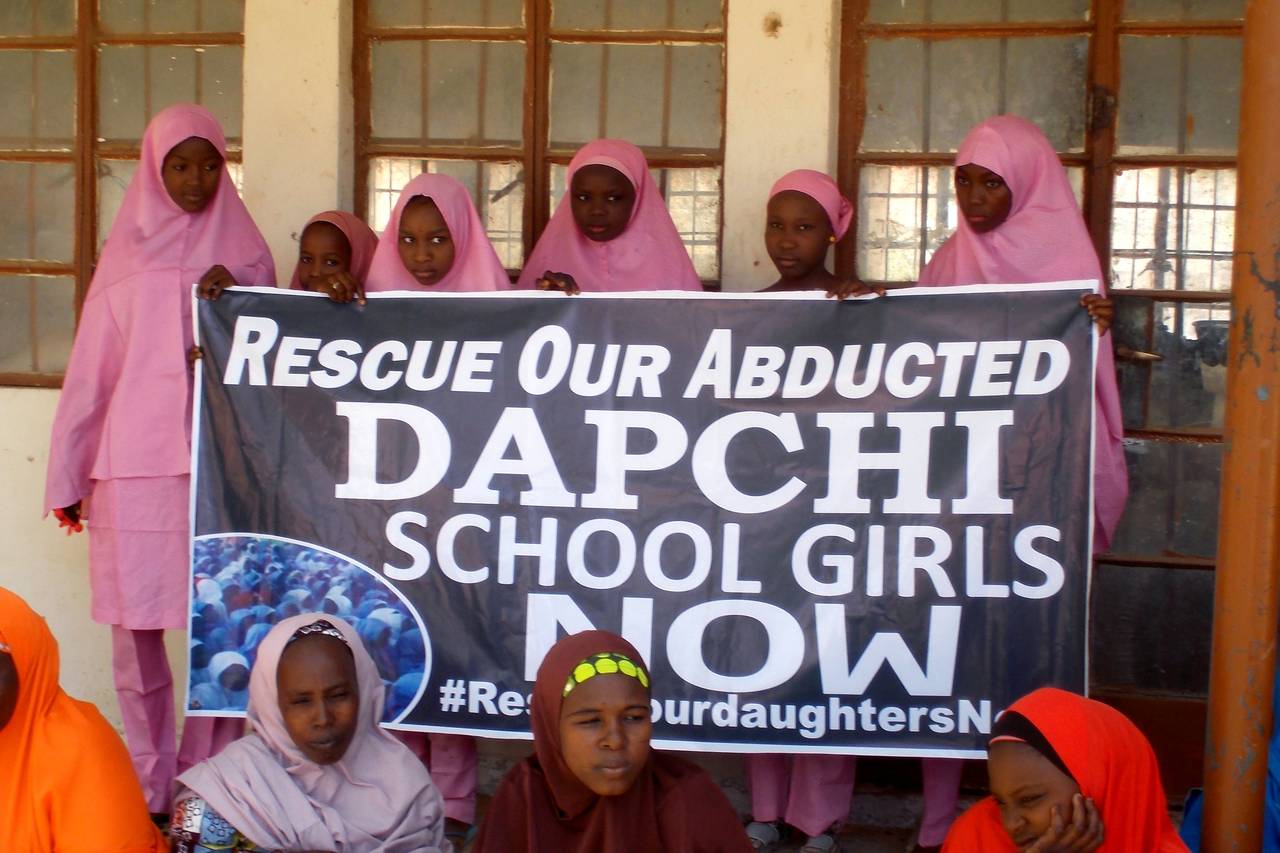 Share
By Joe Parkinson, Drew Hinshaw and
Mbenga Akingbule. WSJ
DAPCHI, Nigeria—As evening prayers resounded across this northeastern Nigerian town last month, camouflage-clad jihadists drove up to a local girls’ school and kidnapped 110 students in a replay of one of the world’s most infamous abductions: Boko Haram’s 2014 seizure of 276 girls, hours away in Chibok.

But the Feb. 19 attack was different in an important and unsettling way, according to U.S. and Nigerian officials. The culprit wasn’t Boko Haram, but a breakaway faction that is allied with Islamic State and, in the eyes of Washington, the biggest terrorist threat in Africa’s most-populous nation.

This splinter group, known as Islamic State West African Province, is better trained and more focused on Western targets, American officials say. It is also in regular contact with Islamic State commanders in Iraq and Syria, according to internal communications reviewed by The Wall Street Journal. 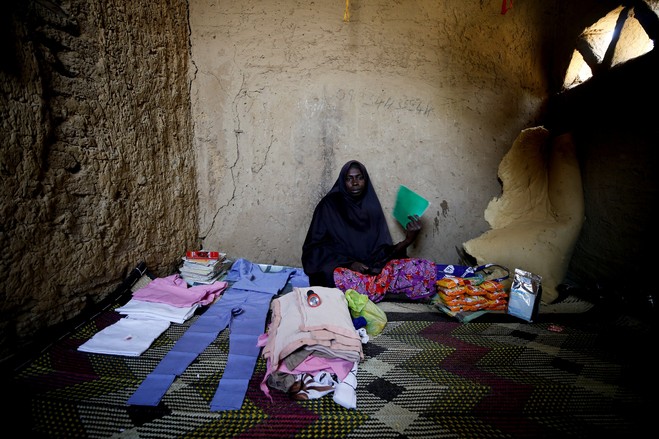 Boko Haram’s Chibok kidnapping sparked a global campaign—#BringBackOurGirls—and ultimately won it a €3 million ($3.7 million) ransom, according to officials involved in the exchange, as well as world-wide notoriety.

The copycat attack seems similarly intended to bring the Islamic State faction funds and fame. The 110 hostages are girls from Dapchi Girls Science and Technology College, the youngest aged 10.

“They’ve learned something: You can make money from taking girls,” said Jacob Zenn, an analyst at the Jamestown Foundation, a foreign-policy think tank, who provided some of the communications between Islamic State and Boko Haram.

Nigeria’s government response this time suggests it may pay again: On Tuesday, President Muhammadu Buhari said he would try to negotiate the girls’ release, rather than risk a military confrontation. Several senior Nigerian and Western officials said backchannel talks were already under way. 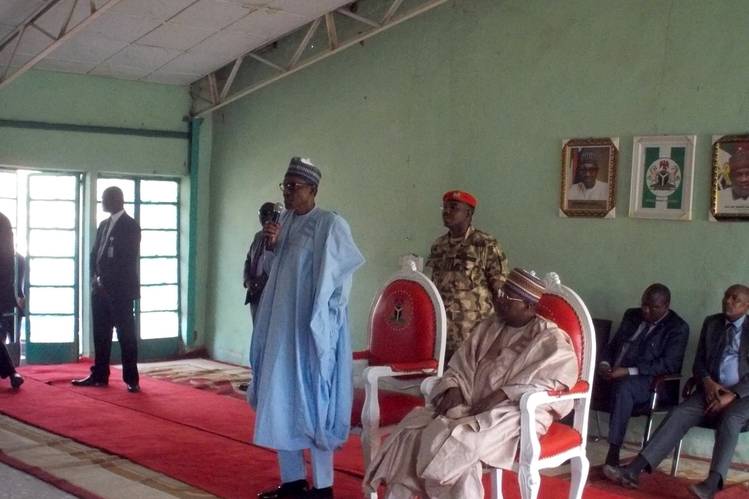 “We want to bring these girls back alive,” Mr. Buhari said.

Standing next to him, Rex Tillerson, in his final hours as America’s top diplomat, seemed to back that approach, which contrasts with longstanding U.S. policy discouraging such negotiations. “We hope that’s something that can be worked out and they will be persuaded to release these girls quickly,” he said.

The kidnappers’ group, dubbed ISIS-WA by U.S. officials, is led by Abu Musab al-Barnawi, a young militant so mysterious that Nigeria’s intelligence agencies aren’t sure what he looks like. The thousands-strong faction uses sophisticated communications technology and has kidnapped foreign workers and threatened to go after Western targets.

The Barnawi faction hasn’t publicly claimed responsibility for the attack, but Nigerian and Western officials and sources close to the group confirmed it is holding the girls and may have taken some across the northern border into Niger.

The faction’s rise shows how Islamic State’s legacy lives on, despite the group’s defeats in its Middle Eastern strongholds.

“There’s now a reason to be very concerned. They have significant capabilities,” said a senior U.S. official. “When this group clashes with the Nigerian military they consistently come out on top.”

Nigeria this week closed dozens of boarding schools in its northeastern-most state, and has dispatched jets and drones to search for the girls. U.S. drones—which were used in an effort to find the 276 schoolgirls kidnapped from Chibok in 2014—remain active in the region. 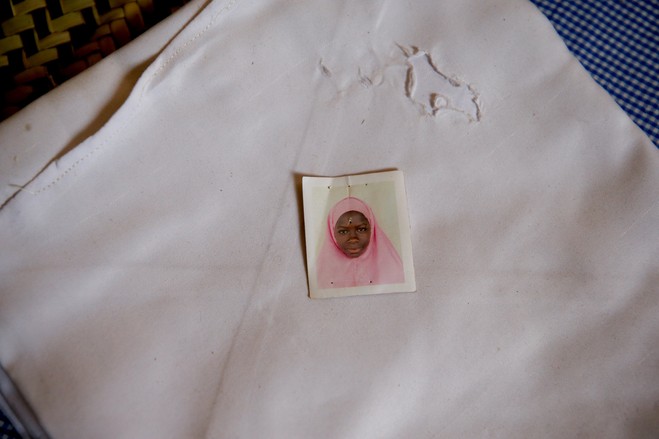 A picture of Afisat Grah, a missing student, on a cloth at her home in Dapchi, Nigeria. PHOTO: AFOLABI SOTUNDE/REUTERS

Nigerian and U.S. officials stress the divided Boko Haram remains much weaker than four years ago, when it held a swath of territory the size of Belgium. But an uptick in attacks from both factions in the past year has shown the resilience of the insurgency.

In Dapchi, a dust-caked town of 15,000, a period of mourning has mutated into anger.

Parents gather daily for protests that have spread to some of Nigeria’s biggest cities. Government officials have been chased out of town by seething crowds. Despite military reinforcements, many parents refuse to let their daughters leave their homes.

Inside the pastel-colored dormitory of the Dapchi girls’ school, sandals and patterned shawls lay strewn across the floor, discarded in the chaos of the abduction.

Outside the school, parents have assembled a billboard of 110 passport photos of the missing. On each is scrawled a name and age: Hassana, 14; Leah, 12; Fatima, 18.

“How could the government let them do this?” asked Alhaji Ali Kaumi Dapchi, whose daughters Hajara and Fatima were seized from their classrooms. “We can’t sleep. We can’t eat,” he said, thumbing one his daughter’s textbooks. “When we hear the mention of their names, we are thrown to tears.”

Last year, ISIS-WA kidnapped workers of a Nigerian oil company. It later abducted staff of the United Nations, according to U.N. and Nigerian officials.

Boko Haram has also abducted high profile targets, kidnapping policewomen in what officials see as a fundraising race by two leaders on different ends of a generational and tactical divide.

On one side is Abubakr Shekau, the bellowing Boko Haram warlord whose scorched-earth tactics have included strapping suicide bombs to young women. He threatened in a YouTube video to sell the Chibok girls “in the markets, because they are our slaves.”

On the other is Mr. Barnawi, the roughly 23-year-old son of Boko Haram’s deceased founder, Muhammed Yusuf, who has remained quiet. His troops have opted for more surgical, commando-style attacks and quick kidnappings of security services and civilians working with Western groups.

The abduction of the Chibok students helped push them into different camps. 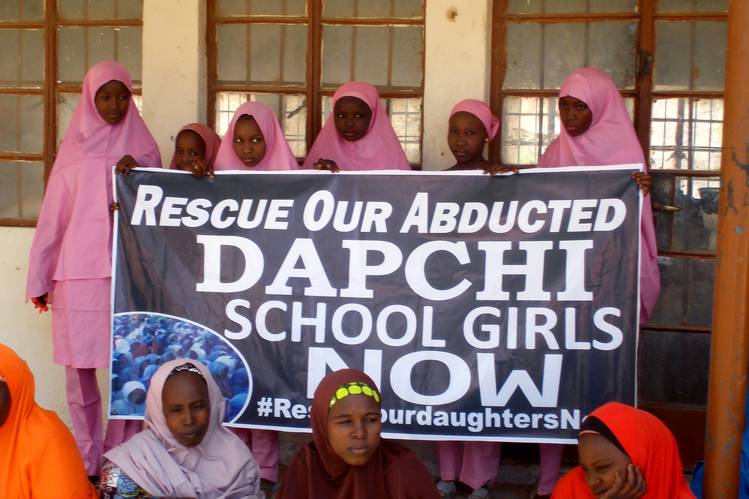 Schoolgirls wait for the arrival of President Buhari at the girls school in Dapchi, Nigeria, on Wednesday. PHOTO: OLA LANRE/REUTERS

After the April 2014 kidnapping saw celebrities and Michelle Obama join the #BringBackOurGirls campaign, Mr. Shekau and his deputies quarreled over what to do with their prisoners, according to intercepted communications. Nigerian officials say Mr. Shekau repeatedly raised his price for the hostages, frustrating deputies who wanted to trade them for members in prisons.

Mr. Barnawi and other senior deputies were livid after Mr. Shekau rejected a 2015 deal to swap dozens of Chibok girls for a group of the most senior Boko Haram commanders in Nigerian custody.

In intercepted audio recordings, Mr. Shekau’s deputies complained bitterly of his intransigence. When one of them publicly challenged his decision to abandon the swap, Mr. Shekau had him executed. Soon after, Mr. Shekau dissolved his Shura Council, the governing body that formally guided the group, according to Nigerian officials.

“That single incident became the biggest crisis that led to the Boko Haram split,” a person familiar with the situation said.

For months, the two sides exchanged online, and often mundane, missives, the Nigerians complaining about the difficulty of their country’s internet connection. Mr. Shekau was hesitant, until other West African terror groups began competing for the prestige a connection with Islamic State brought.

“We are following every new issue of the beloved Islamic State,” Boko Haram wrote in one exchange. Then, on March 2015, seven months after Islamic State announced its caliphate, Mr. Shekau declared allegiance to the sect and its leader Abubakr al-Baghdadi.

But within months, Islamic State had grown tired of Mr. Shekau. It ignored eight consecutive letters from the Nigerian warlord, Mr. Shekau complained in one statement. Instead, top Islamic State clerics in Iraq and Syria began to cultivate Mr. Barnawi, the founder’s son, who had become a powerful Boko Haram commander.

Mr. Barnawi felt Mr. Shekau’s methods were hurting the insurgency, and many followers agreed, according to Nigerian, West African and Western officials.

By 2016, rifts inside the terror group exploded into a violent feud. Top commanders were forced to choose between factions, and turned their guns on each other. At least 400 Boko Haram fighters have died battling each other since the split erupted in late 2016, officials estimated. 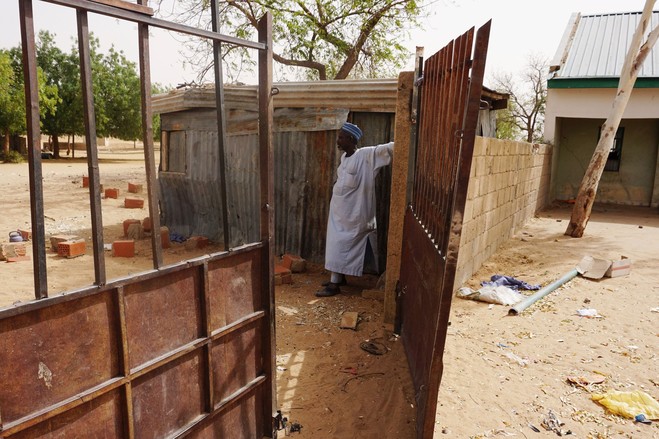 The gate of the deserted Dapchi Girls Science and Technology College, where 110 girls were kidnapped by Islamists in February. PHOTO: AMINU ABUBAKAR/AGENCE FRANCE-PRESSE/GETTY IMAGES

In August, Islamic State announced in its magazine al-Naba that it had anointed Mr. Barnawi the leader of jihad in Nigeria and the region.

Mr. Shekau responded in an audio message that he was victim of a coup and that Mr. Barnawi was an infidel teaching “false creeds.”

The two sides began to argue over the one asset Mr. Shekau still held, the Chibok students. A group of Islamic State delegates traveled to his camp and demanded he hand the girls over.

Mr. Shekau refused. Finally, in May 2017, he completed a swap of 103 girls for five junior commanders and €3 million in cash, according to officials involved in the exchange.”

Then, shortly before 6 p.m. on Feb. 19, Mr. Barnawi’s militants rolled into Dapchi in nine trucks.

In a copy of the Chibok kidnapping, militants dressed in army fatigues came into town in a hail of gunfire, told terrified students they were Nigerian soldiers, hoisted them onto trucks and drove them into the surrounding scrubland. No one was killed in the raid.

Saadia Hashimu, an 18-year-old senior was eating rice with a fellow senior when they heard the bullets whizzing past the canteen. They ran for their lives, losing sandals in the melee. “It was pandemonium,” said Ms. Hashimu. “My sandal fell off and a fighter picked it up. Luckily, I was too far away.”

Dapchi
Share
Subscribe to our newsletter
Sign up here to get the latest news, updates and special offers delivered directly to your inbox.
You can unsubscribe at any time

Xi Jinping reappointed as Chinese president with no term limits