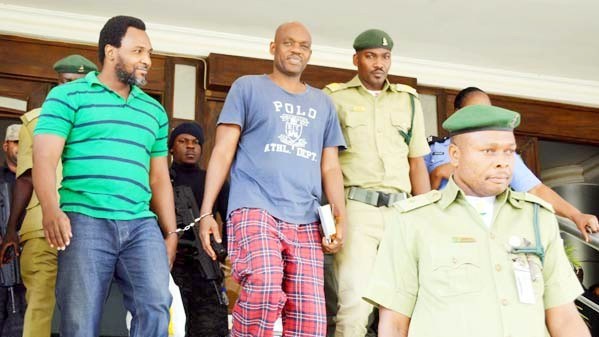 The Federal High Court in Abuja on Wednesday sentenced Charles Okah and his co-defendant, Obi Nwabueze, to life imprisonment for masterminding the bomb blasts which occurred in Abuja on October 1, 2010 and, earlier in Warri, Delta State, on March 15 of the same year.

Justice Gabriel Kolawole, delivering judgment in the case ruled that the prosecution, proved the charges preferred against Charles and Nwabueze beyond reasonable doubt.

The two convicts were said to have planned the attacks with Charles’ elder brother, Mr. Henry Okah, the leader of the defunct Movement for the Emancipation of Niger Delta, who had been convicted of the same offences and sentenced to 24 years’ imprisonment by a South African court in 2013.

Charles OkahIndependence day bombIndependence Day Bomb Plotters
Share
Subscribe to our newsletter
Sign up here to get the latest news, updates and special offers delivered directly to your inbox.
You can unsubscribe at any time