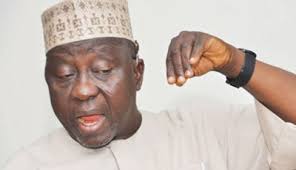 “As it is, it is the implementation of the anti-grazing law in Benue that has caused the problem and now Nasarawa State is being infected by the problem notwithstanding that we are being our brothers keepers and good neighbors, Al-makura said.

He was reacting to Governor Ortom’s allegations that the Fulani herdsmen that attacked his state, killing over 70 people and injuring others are camped in Tango in Awe local government of Nasarawa State.

He described the allegations as unfortunate and inflammatory, adding that contrary to Ortom’a insinuations, the place in question shelters three Internally Displaced Persons (IDPs) camps all of Benue extraction.

“I’m really taken back, this statement is most unfortunate, Al-makura said Tuesday.

“I will like to use this opportunity to say that there is nothing like that whatsoever. If anything, the Tonga that the Governor is talking about in Awe Local Government  is now the safe haven for displaced persons. As I  speak with you today, there are more than three IDP camps in Awe local government that quarters and caters for the number of people that have migrated from Benue to Nasarawa.

“To be specific, they are more than 7,000 people that are camped in Tonga. So is very ironical that a place that is suppose to be an area that has become a safe haven for IDPs can now be called militias are camped.

He said over 7,000 persons displaced from Benue State were being catered for with state’s resources and saying it was saddening that Ortom choose the media to air whatever issues or information he had rather than approaching him.

“In that case, the militia don’t need to go as far as Benue they have the prey within the vicinity of Tonga to attack. I think this is most unfortunate.

“With efforts we as a state are making and collaborating and supporting the governor to find ways and means of solving this problem that Nasarawa State can be identify as an area where some of these militants are coming from is unfortunate.

“Yesterday (Monday) we held over seven hours of rigorous interfacing with seven governors, service chiefs and some ministers and all our security operatives within the states and around Benue, and my colleague (Ortom) could not tell me this, he could not approach me and give me an idea if there is anything that he saw or worried about.

“Besides, from all the discussions we have had yesterday, there was no concrete security report stigmatizing any part of Nasarawa State as habouring people that are coming to attack Benue. I feel what should be of concern to us as leaders is the plight of the people and any of such statement that is inflammatory is likely going to cause more confusion to what is already there.

Ortom had earlier in the day told State House Correspondents after a closed door meeting with President Muhammadu Buhari that the militias are camped in Tonga in Awe local government of Nasarawa State.

According to Ortom, when asked how many ranches his administration has created, that, “Is not for me to create ranches, I know that as a farmer I have one in my farm and they are several other people who are free to use it. The permits are available for people who want to ranch their cattle to access land and begin to ranch. So it is free for everybody and that is the right way to go. And since we started the implementation there has been relative peace amongst farmers and herdsmen, they were doing well until this militia coming from this Miyetti Allah Kautal Hore, came and attacked us. And they are known, we know where they are. As I talk to you they are in Tongua in Awe local government, that is where these people are camped and coming to attack people.”

Al-makura
Share
Subscribe to our newsletter
Sign up here to get the latest news, updates and special offers delivered directly to your inbox.
You can unsubscribe at any time

Herdsmen Massacre: ‘They Are Slaughtering Us Like Animals, Lawmaker Cries Out