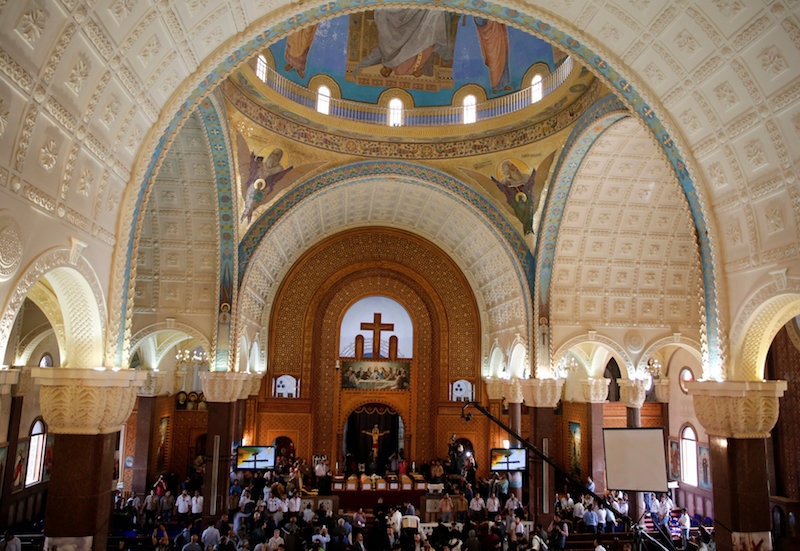 A mob of Muslim demonstrators stormed a Coptic church south of Cairo, which is yet to be licensed by the government, and physically attacked worshipers, calling for the church to be demolished and vandalizing items inside the building, according to the region’s diocese.

The Church of al-Amir Tadros in the Kafr al-Waselin village in Giza, about 60 miles from Cairo, was attacked following Friday prayers at a nearby mosque, when demonstrators gathered outside the building and chanted slogans.

“They stormed the place and destroyed what was inside it, after assaulting the Christians there,” the diocese was quoted as saying in a statement.

On Palm Sunday, twin suicide bombings killed 47 people and injured 126 others at churches in Tanta and Alexandria.

In December 2016, 29 were killed and 47 were injured when a suicide bomber attacked St. Peter and St. Paul’s Church in Cairo.

Security personnel and officers will be deployed at the 2,626 churches in Egypt, with public parks, state institutions and tourist sites all being closely watched.

Part of the safety measures will include CCTV and metal detector systems at churches.

Although Coptic Christians in Egypt celebrate Christmas on Jan. 7, a minority of nonorthodox church believers will mark the day on Dec. 25, like much of the Western world.

According to Open Doors USA’s 2017 World Watch List, Egypt ranks as the 21st worst country in the world when it comes to Christian persecution.