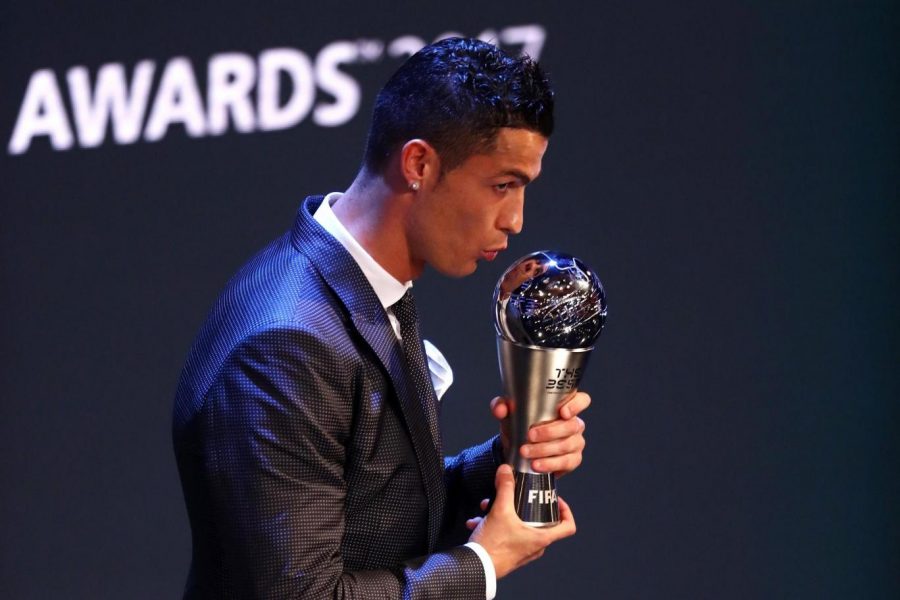 Ronaldo, who won the inaugural prize last year, was presented the award at The Best FIFA Football Awards ceremony in London on Monday.

The Portugal captain had been favourite to claim the accolade after a year that saw him help Madrid to a third Champions League crown in four seasons and a first La Liga title in five years, as well as the FIFA Club World Cup.

Ronaldo scored twice as Madrid beat Juventus 4-1 in the Champions League final, while also finishing top scorer in the competition with 12 goals.

The award, which covers the period of Nov. 20, 2016, to July 2, 2017, is voted for by national team coaches, captains, selected media and fans. Once again, neither Messi nor Ronaldo voted for each other.

“Thank you a lot to the guys for voting for me,” Ronaldo said in accepting the award. “[I want] to give a mention to Leo and Neymar to be here, Real Madrid supporters, my teammates, my coach, my president –they support me all the year so I have to say thank you to them.

“We are in England for the first time and I win consecutive awards. This is a great moment for me.”

The Madrid man will hope to follow up this success by winning the 2017 Ballon d’Or, which would see him draw level with Messi in having won the prize five times. FIFA ran its own awards for the second time after ending its partnership with France Football.

Did Wendy Williams Fire Staff Who Leaked Cheating Rumors About Her Husband?