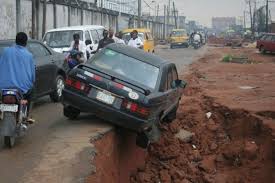 The poor state of road transportation has led to the loss of billions of naira in economic value as well as thousands of avoidable deaths due to accidents.

Whilst it is well reported that Nigeria has the largest road network in West Africa – 108,000km of surfaced roads (32,000km of which has been built and is managed by the Federal Government), a large-scale independent review of the current state of the country’s road network has been absent.

Nigeria’s most important highways run from South to North. This indicates that there was some planning into the design of the country’s road network. The geographical design of these major highways makes sense considering the main farmlands are located in the Northern states while the major ports are located in the coastal states, which are also the wealthiest and have the highest purchasing power. Basically the roads were designed bring produce from the hinterlands to the coast for export, and also to link the economies of old Northern Nigeria and Southern Nigeria. 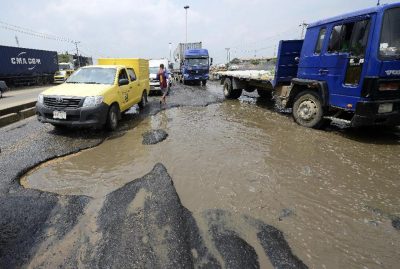 The highways referred to above are labelled the A1, A2, A3 and A4. All other major roads in the country spawn from these four. The only major population centre not directly on the path of any of these four highways is the south-eastern city of Onitsha, which is compensated by having direct connections to Benin City and Enugu via the A232 which links the A2 and A3, and the great River Niger flow through its western flank. It is important to note however, that Nigeria has not made proper use of its waterways with regards water transportation.

During the month of September 2017, SBM interviewed forty-five drivers, all from forty-five different transport companies, in Abuja and Lagos. Each of the respondents travels an average of three routes, and with some overlap, it meant that SBM was provided with information on 102 instances of road travel route information.

The results of the study indicates that commercial driving is an occupation that people stay in for a relatively long time. The median length of time spent as a driver for respondents was 22 years.

On the condition of the roads, 71% of the responding drivers believe that Nigerian roads have gotten worse in the last five years. The following roads were constantly mentioned as being among the worst roads in the country: Kabba-Kafanchan, Benin bypass, Mokwa-Jebba, Lokoja-Ajaokuta, Aba-Obigbo, Onitsha-Enugu, and Idoma-Benue.

The survey also revealed to us the importance of the sleepy town of Ore to Nigeria’s road transportation network. Ore, by no strategic intent on the part of national planners, has grown to become the archetypal crossroads town, being less than 400km from the major population centres of the south-west, south-east and parts of the north-central geopolitical zones including Lagos, Benin City, Ibadan, Enugu, Port Harcourt and Abuja; as well as within 700km of Kaduna, Kano, Zaria and Jos. In fact, the only major population centre in the country more than 800km away from Ore is Maiduguri (868km). Ore’s location puts it within easy reach of an area that encompasses eighteen states with a combined population of about 64 million, many of whom are constantly on the move for business and personal purposes. The area is is home to the lion share of the country’s economic output.

It is clear from our findings that in the last five years, travel costs have risen significantly. When compared, the prices each driver charged for the 102 routes surveyed today and how they relate to fares from five years ago, in most cases, prices have gone up between 41% and 60%.

The state of Nigerian roads is a representation of the constant decline and decay of public infrastructure all around Nigeria, irrespective of how important they are to national life. Rather than focus of fixing these crucial infrastructure, the elite have decided on a strategy of insulation and avoidance – insulation in the type of vehicles with which they ply the bad roads and avoidance by flying, even for the shortest distances.

Nigerian roads are overworked and under-maintained. Nigeria has some of the most underutilised waterways as well as patently underdeveloped rail system in the world, placing the burden for moving people, goods and services around on the roads.

However, we recommend that the government should not make the mistake of focusing on simply fixing the current roads, but should first carry out a systems needs analysis to determine how the current facts on ground should alter road repair plans before embarking on an aggressive implementation of any new plan that is developed.

SBM Intelligence is an arm of SB Morgen, an organisation devoted to the collection and analysis of information, through the evaluation of public sources.

Nigerian Roads
Share
Subscribe to our newsletter
Sign up here to get the latest news, updates and special offers delivered directly to your inbox.
You can unsubscribe at any time