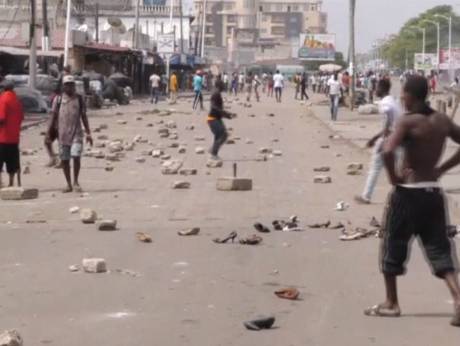 [dropcap]A[/dropcap]t least four people were shot dead on Wednesday in clashes between protesters and security forces in Togo’s two largest cities after soldiers and police launched teargas to prevent the latest anti-government protest.

Opposition parties had refused to cancel plans for demonstrations on Wednesday and Thursday, despite a government ban on weekday protests on security grounds.

The government said three people were shot dead in second city Sokode while one was killed and several wounded by gunfire in capital Lome.

“Security forces aren’t the only ones in possession of weapons so it’s difficult to say who fired,” security minister Colonel Yark Damehame told reporters.
Around 60 people were detained.