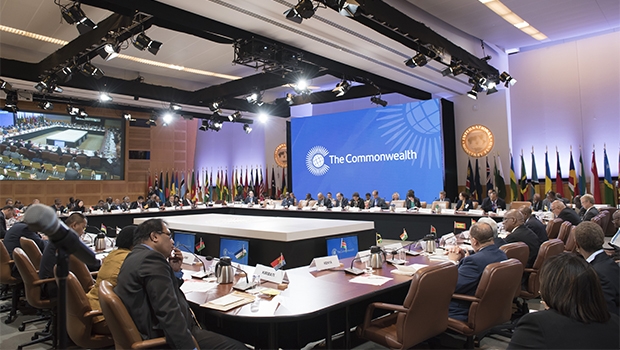 Innovation will be at the centre of ways to tackle shared challenges facing Commonwealth countries when finance ministers, central bank governors, and senior finance officials meet this week in Washington DC.

Member states will be discussing ways to address climate change, financial exclusion, unemployment and the vulnerability of small and developing states.

Small states are disproportionately exposed to economic and climate shocks. They face further challenges caused by inadequate resources in building up their resilience.

“Now is the time to re-examine international rules governing external financing. We need to explore the innovative mechanisms of linking vulnerability to development finance, such as disaster and climate finance,” said the Secretariat’s economic adviser small states, Motselisi Matsela.

Technological innovation will also be key to tackling unemployment across the Commonwealth. Ministers will be discussing how member states can help one another when it comes to research and development, bridging any gaps in knowledge.

Research officer for the Secretariat’s economic, social and sustainable development directorate (ESSD), Zoheir Ebrahim said, “Innovation could be the catalyst for stimulating economic growth, creating new industries and supporting a growing Commonwealth labour force. To do this we need to enhance the enabling environment for private sector investment through new Commonwealth development partnerships.”

An issue facing all Commonwealth members is the implication of disruptive change brought about by innovative technologies in the financial sector, more commonly known as Fintech.

“Fintech has the potential to address financial exclusion, which affects predominantly women, by bringing financial services to them,” said Sanjana Zaman, ESSD research officer. “Central bank governors will be encouraged to collaborate with the Fintech sector to take this agenda forward.”

The finance ministers meeting will be preceded by the annual dialogue between the Commonwealth, La Francophonie and the G20 group of countries. It will provide a unique opportunity for member states from both intergovernmental organisations to engage with senior officials from the current German G20 Presidency and the incoming Argentinian G20 Presidency to discuss the current agenda and policy options for a future agenda.

The Commonwealth represents a third of the world across six regions, including small states and vulnerable states, developed and developing states, and five of the countries making up the Group of 20 (G20), namely Australia, Canada, India, South Africa and the U

Kachikwu, Baru and the NNPC debacle by Reuben Abati