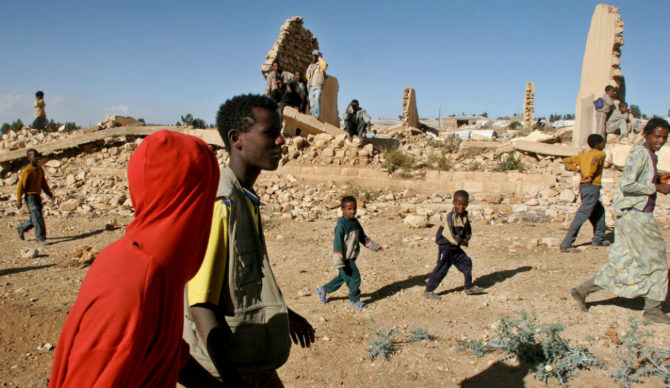 Clashes that erupted in Ethiopia this month between two of the country’s largest ethnic groups have killed hundreds of people and displaced thousands more, the government said late on Monday.

The killing of two local administrators coupled with long-running land disputes led to an outbreak of fighting between the Oromo and Somali peoples in the south and east, government spokesman Negeri Lencho said.

“We can say hundreds of the Oromo ethnicity were killed … and there were also deaths from the Somali side, we don’t know exactly how many,” Negeri told a press conference.

The fighting that started along the border between the regional states belonging to the two ethnic groups has been quelled by police and soldiers, Negeri said.

Ethiopia is divided into ethnically-based federal regions and the Oromo and Somali people have for years argued over who controls arable land along their shared border.

Negeri said a national task force has been set up to address the needs of the displaced — which Oromo president Lemma Megersa last week put at 50,000 people — and mediation efforts were underway with community elders.

Negeri confirmed to reporters that the government would open a probe into the bloodshed and prosecute any officials found to have played a role in the fighting.

Ethiopia
Share
Subscribe to our newsletter
Sign up here to get the latest news, updates and special offers delivered directly to your inbox.
You can unsubscribe at any time