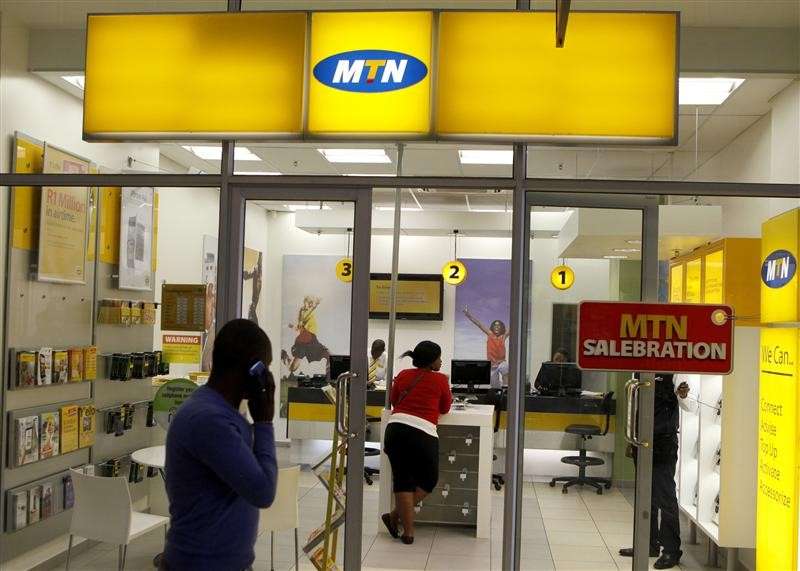 Per Second News gathered that they were allegedly siphoning off money from bank accounts using phone number linked to customers account obtained from shady MTN workers.  Police said the gang was working across the country.

Communications giant, MTN, has been rocked by revelations about the improprieties of staff, who help criminals to swap sim cards of targeted bank customers. 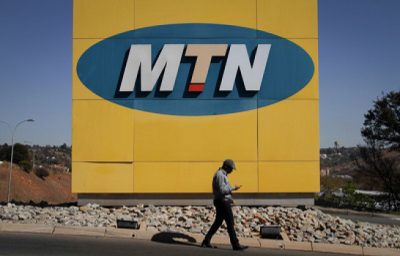 The unit’s spokesman, ASP Lawal Audu confirmed the arrest at the Unit’s office in Ikoyi office, disclosing that staff of the bank and the MTN has secretly run an information sharing business robbing unsuspecting bank customers of millions of Naira.

The fraud describes how scores of unknowing victims–from  the bank –have been snookered by the bank and communications outfit scheme.

Other suspects were Ismaeel Salami, 49, Akinola Oghuan, 34, Sarumi Abubakar, 32, James Idagu, 56, and Sunday Okeke, 33., stressing that they were all arrested in Lagos, Ibadan and Ilorin.

Audu noted that the job of the banker’s suspects was to provide the syndicates with information of the bank customers with funded accounts that were not into internet banking.

He said that the network provider suspects assist to swap the sim cards (GSM numbers) of the targeted bank customers so that they will be unable to receive alert of any transactions on their accounts within the period that their accounts were being siphoned.

The spokesman said the suspects transferred the money siphoned into about 40 other accounts with ATM in different other banks. Audu said that the suspects usually carry out their operations during the weekends and public holidays  to evade being detected by the bank monitoring mechanisms or the owners of targeted funded accounts.

“The effort of the police team eventually paid off when the same group was holding their final meeting at eateries along Bode Thomas Street, Surulere,l Lagos on the concluded plan to unleash another monumental fraud on unsuspecting customers.

“Their plan was to defraud another new generation banks between May 26 and 29,’2017. Detectives stormed the venue during which one of the major kingpin claimed to be Alhaji Ismaeel Salami and four members of the syndicate were arrested.

“Thirty five ATM cards affixed with account numbers and passwords were immediately recovered from them.

“It was, however, unveiled that this criminal syndicate usually sourced these bank ATM cards from their owners, especially among the vulnerable youths deceiving them to release their AlTM cards, account numbers and passwords for eventual monetary rewards based on the amount their card receive,” he said.

The spokesman, therefore, advised members of the public to be careful of fraudsters activities, warning them against giving out bank detains to strangers.

Audu said that the suspects will be charge to court as soon as investigation is concluded.

A Police investigator said details emerged of astonishing levels of malfeasance at the MTN as regards to diverting customers calls.  Speaking under the condition of anonymity she said the South African owned telecoms company has become synonymous with fraud on the most massive (and global) of scales.

Meanwhile, MTN has denied that the alleged employees are not members of their work force.

BankfraudHeritageMTNNigeriasim
Share
Subscribe to our newsletter
Sign up here to get the latest news, updates and special offers delivered directly to your inbox.
You can unsubscribe at any time