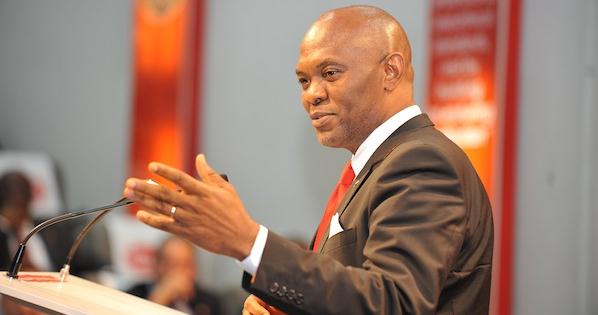 Tony Elumelu acquired and turned Standard Trust Bank into a top-five player in the banking industry at age 34. In 2005 he led the acquisition of United Bank for Africa, (UBA), later transforming it from a single bank to a pan-African institution with more than seven million customers in no fewer than 21 countries, including New-York, Paris and London.

He is one of the most successful businessmen in Africa and an icon of entrepreneurship.

Here are his Top Five Tips for Managerial success

1) Over affiliation at work can breed negative attitudes. While friendly relationships at work should be encouraged, clannish mindsets and “cliques” should be dissuaded. Such exclusionary behaviors breed tension and rivalry within the organisation. Staff should be professional at all times, avoiding office gossip and unfounded bias.

2) Great leaders don’t compete with their staff. When an organisation recognizes someone who works under you, you must understand that the first recognition goes to you, even if unsaid. Groom, not compete, with those who work under you. You should see them as mentees, not rivals. I’ve often heard that some new managers refuse to train others or share important skills/knowledge for fear of being replaced. As a new manager, you must resist such insecurity and instead learn to share as when your team members shine, you shine even brighter.

3) As managers, you are no longer the sole-contributor. The responsibility of a manager is to delegate effectively. You are no longer a lone-ranger, you are now a team builder and your mindset must evolve. However, I always tell people who work for me to delegate and not abdicate – there is a distinct difference. Even though you delegate tasks, you must understand that you remain fully accountable for the team.

4) Make use of the information overload of the 21st century, be curious – read, learn and grow. Information has never been more accessible than it is now. In this age of advanced accessibility to quality information, if you remain uninformed, you are doing yourself a huge disservice by being lazy. As young professionals, you must do better for yourself and your future. Take advantage of all the information out there and keep developing yourself.

5) Don’t be a weak leader. Some leaders are so afraid of confrontation that they give dishonest feedback in order to be perceived as “likeable”. Such weak leaders help neither their subordinates nor the organisations. Institutions that fail are often beleaguered by such managers. I tell those who work with me to be assertive and direct with feedback. Feedback should be given in a clear manner that is solution-driven and not personal. You should work with your team members to deepen their strengths and improve on their challenges. What you should not do is hide your concerns and give inaccurate feedback.

Elumelu gave the tips to new managers during a managerial training at the Heirs Holdings on Friday. He said new managers must grow from “solo contributors” to “effective supervisors” who inspire team members to execute and achieve agreed objective.

ElumeluHeirsHoldingsManagersNigeriaTonyUBA
Share
Subscribe to our newsletter
Sign up here to get the latest news, updates and special offers delivered directly to your inbox.
You can unsubscribe at any time

Rejection of Magu: There’s No Going Back, Senate Tells Presidency

Obasanjo Calls on Nigerians To Embrace Diversity And Grow Stronger