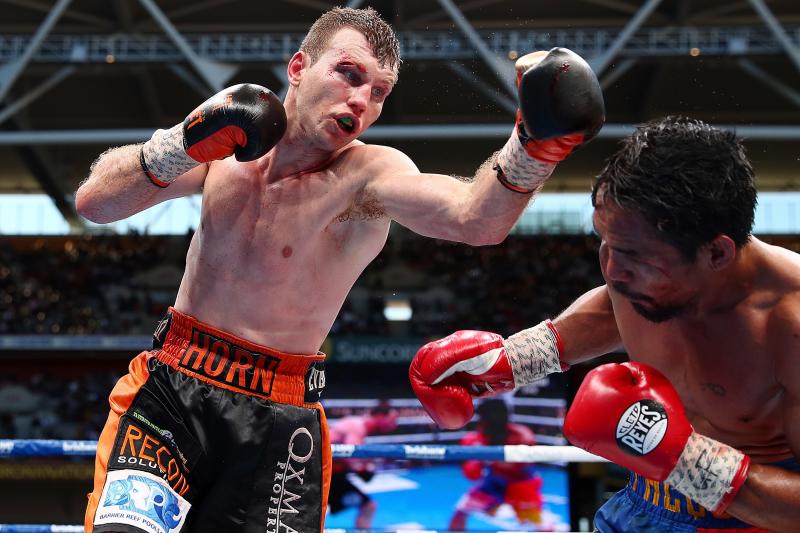 Nobody gave Jeff Horn a chance to beat Manny Pacquiao. Nobody…except the judges.

Apparently the judges in Australia saw different as Horn defeated Pacquiao by unanimous decision (117-111, 115-113, 115-113) to become the WBO welterweight champion. Sporting News had the fight 115-112 for Pacquiao.

Horn was game throughout the fight and had some moments in the fight. The Australian came out aggressive, something Pacquiao didn’t seem to expect. For the next few rounds, Pacquiao gained momentum and started to get comfortable, and found the left hand which started to give Horn some trouble.

Pacquiao was landing the cleaner shots, but to Horn earned credit for coming forward and pushing the eight-division world champion to fight. In the seventh and eighth rounds, the action was stopped, as incidental headbutts opened deep cuts to the sides of Pacquiao’s head. 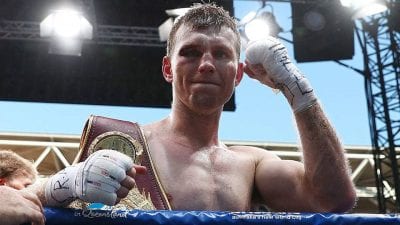 In the ninth round, Pacquiao poured it on connecting with various combinations. Horn was rocked, wobbled and saved by the bell. Between Rounds 9 and 10, the ref was adamant in wanting to stop the fight, but allowed Horn to continue as long as he showed something in the 10th.

Pacquiao didn’t show much in that 10th round as he had emptied the tank and needed to regain his strength. But in the final two rounds, Pacquiao went and appeared to close the show but the hometown cooking proved to be too much for even Pacquaio to overcome.

According to CompuBox stats, Pacquiao connected on 182 of 573 punches for 32 percent. Horn only landed 92 of 625 punches for a robust 15 percent.

There is a rematch clause in the contract in the event of Horn winning. Pacquiao said he will invoke the clause and Horn said he would oblige.

BoxingFightHornPacquiaoStunUpsetWBO
Share
Subscribe to our newsletter
Sign up here to get the latest news, updates and special offers delivered directly to your inbox.
You can unsubscribe at any time