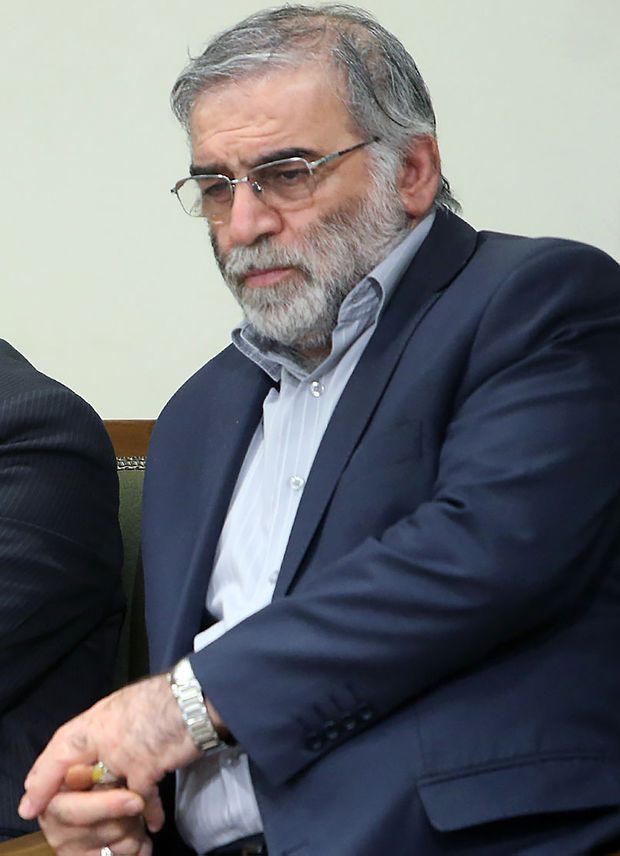 Mohsen Fakhrizadeh
Iran’s chief military nuclear scientist and the father of its weapons program, Mohsen Fakhrizadeh, was assassinated in November 2020 by the Mossad using a remote-controlled artificial intelligence-operated sniper machine gun.
From the start, there has been controversy about how Fakhrizadeh was killed, but The  New York Times and the Jerusalem Post confirmed the accuracy of the new report by The NY Times.
According to the report, “Iranian agents working for the Mossad had parked a blue Nissan Zamyad pickup truck on the side of the road connecting the town of Absard to the main highway. The spot was on a slight elevation with a view of approaching vehicles. Hidden beneath tarpaulins and decoy construction material in the truck bed was a 7.62-mm sniper machine gun.”
“Around 1 p.m., the hit team received a signal that Mr. Fakhrizadeh, his wife and a team of armed guards in escort cars were about to leave for Absard, where many of Iran’s elite have second homes and vacation villas,” said the report. 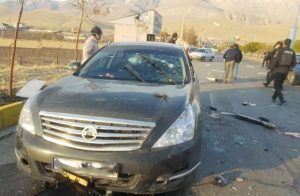 Next, the report details how the sniper who took out Fakhrizadeh did so remotely from Israel, over 1,600 kilometers away, since the hit squad had long ago left Iran.
The gun which was used was a special model of a Belgian-made FN MAG machine gun attached to an advanced robotic apparatus.
It was smuggled into the country in small pieces over several months because, taken together, all of its components would have weighed around a full ton.
One new detail in the report was that the explosives used to destroy evidence of the remote-gun partially failed, leaving enough of the gun intact for the Iranians to figure out what had happened.
Many of the above details were also published by The Jewish Chronicle in a report in February, following contradictory reports in Iran, Israel and globally in November and December 2020 about whether a remote gun or a physical team was used.
At the time of the assassination, most senior Israeli defense and intelligence media analysts leaned heavily toward the physical team theory, viewing the remote-gun scenario as disinformation to throw Iran off the tail of catching the physical team.
At the time of the February report by the Jewish Chronicle, the media was informed that the planning of the assassination which started in March 2020 was accurate, but that multiple aspects of the report, such as that it had set the Iranian nuclear program back five years, were inaccurate.
While all Israeli intelligence and defense officials still praise the assassination for setting back Iran’s nuclear weapons program dramatically, 10 months later and with the Islamic Republic an estimated one month away from producing sufficient enriched uranium for a nuclear bomb, the legacy of the operation is less clear.
Some would say that the operation succeeded in throwing Iran’s nuclear program into chaos for some months, but that Tehran has long since recovered.
On the other hand, others say that even if Iran decides to move its uranium enrichment up to 90%, that is weaponized level, they still have to put together the other components of a nuclear weapon capability. These include tasks concerned with detonation and missile delivery. Fakhizadeh would have shone in these tasks and his loss will still be felt and slow down the ayatollahs.
SHARE THIS ARTICLE 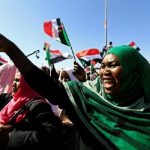