Bowing to public outrage, Nigeria’s upper legislative chamber — the Senate on Tuesday rejected the nomination of Ms. Lauretta Onochie as a National Commissioner in the Independent National Electoral Commission (INEC).

Her disqualification was contained in a committee report presented to the plenary.

The Chairman of the Committee, Sen. Kabiru Gaya, who presented the report on behalf of the committee, said Onochie did not satisfy the provisions of the Federal Character Principles.

The Committee of the whole house thereafter voted against her nomination. 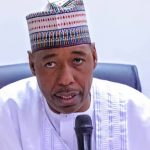 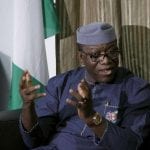