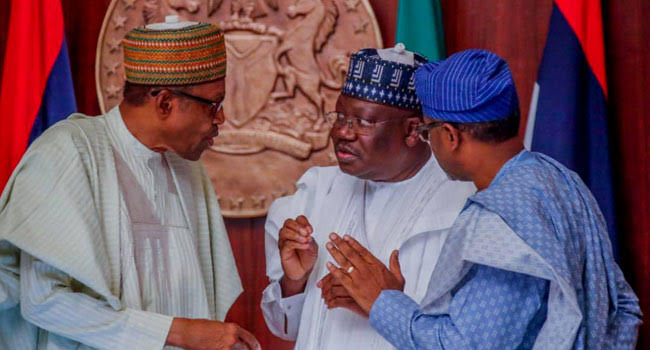 “An order of mandamus to direct and compel the RMAFC to perform its mandatory constitutional duty to urgently review upward the remuneration, salaries and allowances, as well as the conditions of service for Nigerian judges”

After several years of inaction by the Buhari administration to do the needful, the Socio-Economic Rights and Accountability Project (SERAP) has approached a Federal High Court in Abuja for “an order of mandamus” to direct and compel two government agencies to cut down the remuneration of President Buhari, 36 governors and members of the National Assembly.

SERAP is asking the two government agencies — the Revenue Mobilization Allocation and Fiscal Commission (RMAFC) and the National Salaries, Incomes and Wages Commission (NSIWC) to perform their statutory and constitutional duties to carry out a paycut of their jumbo monthly earnings from the government coffers.

Its prayers: “An order of mandamus to direct and compel the RMAFC to send its downward review of the remuneration and allowances of these high-ranking public office holders and recommendations to the National Assembly for appropriate remedial and legislative action, as provided for by the Nigerian Constitution 1999 [as amended].

“An order of mandamus to direct and compel the RMAFC to perform its mandatory constitutional duty to urgently review upward the remuneration, salaries and allowances, as well as the conditions of service for Nigerian judges.

“That slashing jumbo pay for these high-ranking political office-holders would reduce the unfair pay disparity between political officer holders and judicial officers, address the persistent poor treatment of judges, and improve access of victims of corruption to justice and effective remedies.”

The suit was filed on behalf of SERAP by its lawyers — Mr Kolawole Oluwadare and Ms Adelanke Aremo, a copy of which was given to Persecondnews.

SERAP argued: “While high-ranking political office-holders continue to enjoy lavish allowances, including life pensions, and access to security votes, which they have powers to spend as they wish, the remuneration and allowances of judges are grossly insufficient to enable them to maintain themselves and their families in reasonable comfort.

“The huge pay disparity between these high-ranking political officer-holders and judges is unfair, unjust and discriminatory, especially given the roles of judges to the people and the country.

“An order of mandamus to direct and compel NSIWC to perform its mandatory legal duty to urgently examine, streamline and recommend upward remuneration and allowances of Nigerian judges, and to recommend downward review of allowances of President Buhari, Vice-President Osinbajo, 36 governors and lawmakers to the National Assembly.

“The review of the remuneration, allowances, and conditions of service for political, public and judicial office holders carried out by the RMAFC in 2009 shows huge disparity between the remuneration and allowances of judges and those of high-ranking political office-holders.

“The NSIWC in a letter to SERAP admitted that it has powers to examine, streamline and recommend the salary scales applicable to each post in the public service but informed us to redirect our request to the RMAFC.

“There is a legal duty upon the RMAFC to urgently review downward the remuneration and allowances of high-ranking political office-holders.”

Describing as contempt what it called the unfair treatment of members of the judiciary – being one of the three coordinate branches of the government,

SERAP declared:”It can be reasonably inferred that the judiciary are considered so unimportant by the political class, hence the refusal to pay them reasonable remuneration and allowances.

“Judges should get all to which they are reasonably entitled, and it is unfair, illegal, unconstitutional, and discriminatory to continue to treat judges as second-class people while high-ranking political office-holders continue to enjoy lavish salaries and allowances.

“Despite their important roles and responsibilities, Nigerian judges are poorly treated, particularly when their remuneration, salaries, allowances, and conditions of service are compared with that of political office-holders. Judges should not have to endure the most poignant financial worries.

“The increase in the cost of living and the injustice of inadequate salaries bears heavily on judges, as it undermines their ability to effectively perform their judicial functions.

“The roles and functions performed by judges across the country are second to none in their importance, including in facilitating access of victims of corruption and human rights violations to justice and effective remedies.

“The remuneration and pensions of judges must be secured by law at an adequate level that is consistent with their status and is sufficient to safeguard against conflict of interest and corruption.”

SERAP noted that the people would continue to be at the receiving end of a degraded and mistreated judiciary.

“Nigerians would continue to bear the brunt of denied access to justice, a better judiciary and a better administration of justice until judges across the country are paid what they rightly deserve.” 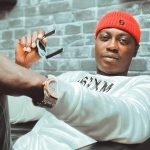 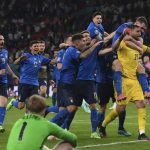