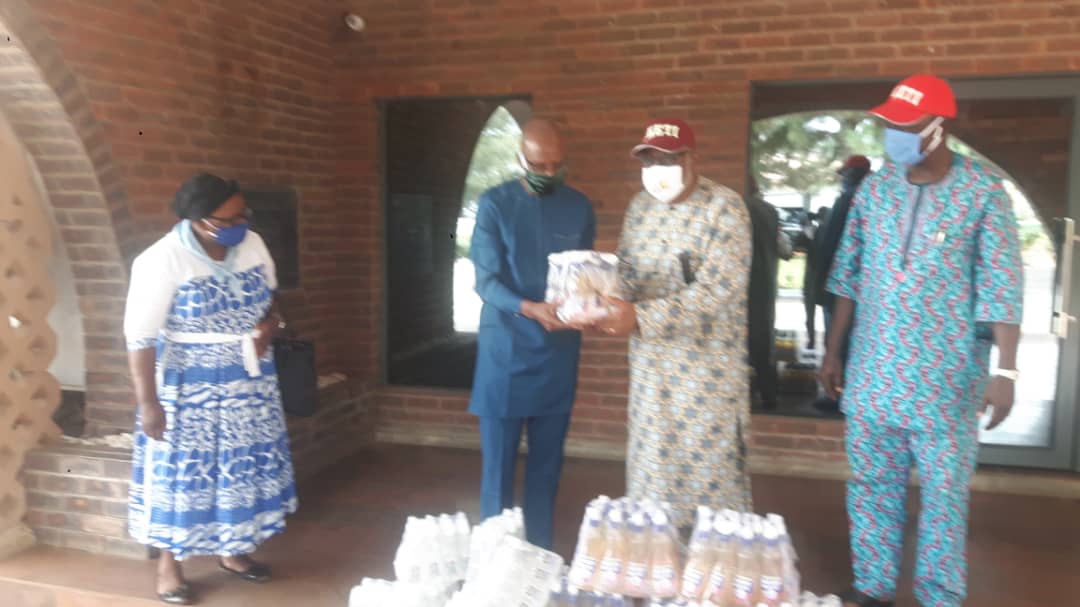 Gov. Akeredolu receiving the items from the Rect

Determined to join forces with the government and other organizations in the COVID-19 fight, Ondo State-owned Rufus Giwa Polytechnic, Owo, has donated some items including sanitisers and hand washing soaps to the state government.

The Rector, Mr Gani Ogundahunsi, handed over the items to Gov.  Rotimi Akeredolu at the Government House, Akure.

The governor lauded the institution’s intervention and support in the multi-level fight against the pandemic in the state and a promised a prudent distribution of the items.

Akeredolu expressed delight that the polytechnic had lived up to its billing and mandate by producing about 20,000 COVID-19 face masks for the state.

According to him, he gave approval for the production of the masks following an assurance by the Governing Council Chairman that the institution’s Artisan Centre had the capacity to mass produce them.

Akeredolu noted the Chairman of the Council, Mr Banji Alabi, a lawyer, and other members were giving the institution good leadership and direction.

On the financial situation of the school, he said it was being addressed by the state government with a view to ameliorating the situation.

The governor also urged the institution to help step up enlightenment and awareness on the coronavirus and the need for the students and the public to observe the advisories and protocol on COVID-19.

Earlier, the Rector lauded the governor’s leadership style and for approving the polytechnic as the production centre for the face masks.

Ogundahunsi acknowledged the state government’s efforts at curtailing the spread of the pandemic.

He said the items were produced by women at Technical Education Department.

ln attendance at the presentation ceremony were top government officials, the Public Relations Officer of the school, Mr Samuel Ojo, Mr Ilugbami, an aide to the Rector and Dr (Mrs) A. Ojo, the Coordinator of of the centre. 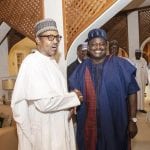