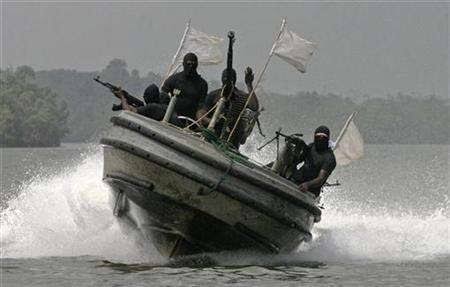 Three expatriates kidnapped by suspected sea pirates at Sigbene near Agge community in the creeks of Delta and Bayelsa States have regained freedom.
Persecondnews had reported that four Naval ratings were killed during a joint rescue operation on Sunday.
Many of the sea pirates involved in the abduction were also killed.

According to reports, the expatriates  rescued unhurt are two Russians and one India national who were forcefully taken away by the armed gunmen.

Also, the vessel, “MV AMBIKA”, believed to be working for an international oil firm, has been recovered.

A source said: “The nationals  were rescued yesterday (Sunday). Many of the sea pirates were killed during the process.

“The vessel has been seen as well.”
The hoodlums had kidnapped the three expatriates during an attack on a vessel conveying some expatriates.

The deceased naval personnel were attached to the Nigerian Navy Ship (NNS) Delta.

Meanwhile, the military has launched a manhunt for the fleeing hoodlums.
Many of the residents in the riverine communities of Bayelsa and Delta States particularly those in Burutu and Ekeremor LGAs have started fleeing their homes over fears of invasion by the military operatives in search of the sea pirates.
No response yet from the Commander of the Nigerian Navy Ship (NNS) Delta, Real Admiral Ibrahim Dewu.
SHARE THIS ARTICLE 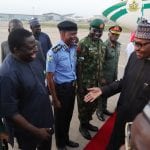