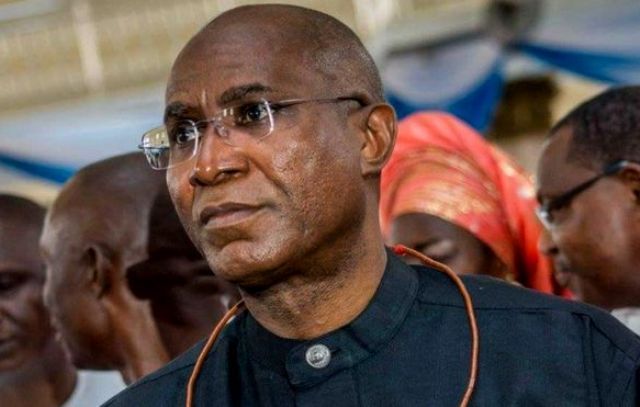 It was a game of high wired intrigues, maneuvering, political cobwebs and pursuit of personal interest as well as trying to level bruised ego that were churned out by the National leadership of the All Progressives Congress (APC), led by Comrade Adams Oshiomhole. Specifically, the plot was aimed at getting out-going President of the Senate, Dr Abubakar Bukola Saraki, out of office by any means possible.

While Oshiomhole was determined to get Saraki out of office by every and any means possible, his lack of legislative experience and deep knowledge of the working and processes involved in the removal of a sitting Presiding officer of the National Assembly blindfolded him into marshalling out orders like a military commander forgetting the fact that in the chess game of politics, it can never be over until it is really over.

Persecond News authoritatively gathered that while Oshiomhole thought that he had perfected his plans for the removal of Saraki, who by every measure is his senior in politics, he paid less attention to personal interests of some of the dramatis personae that he recruited and depended on to carry out his game plan.

As far as Oshiomhole was concerned, since he had the support of the former Director General of the Department of State Services (DSS), Alhaji Lawal Daura, there was no stopping him. But unknown to him, Senator Ovie Omo-Agege (APC Delta), had his own personal interest to pursue and would not want to do anything that would jeopardise the interest and his ambition of becoming governor of Delta state after the tenure of Senator Okowa in 2023 with the support of his political godfather, former governor James Ibori. 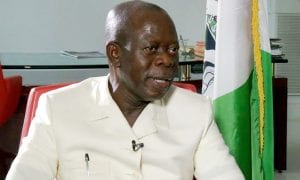 Checks by our correspondent indicate that Senator Bukola Saraki and Chief James Ibori are known political associates and close friends, while Senator Omo-Agege was brought back to Nigeria by Mr. Ibori from California, United States and appointed as an executive assistant, a position he held for two years. He was later appointed as a commissioner for special duties by the governor.

The thinking in Delta state is that the rotation of the governorship ticket is most likely going back to Delta Central that is made up of mainly the Urhobo and Itshekiri that form the majority tribes in the state.

While it was a known fact that Senator Omo-Agege had an axe to grind with Dr. Saraki over his suspension from the Senate, he was however conscious of the bigger picture ahead which is not to by any default step on the toes of his political godfather – Chief Ibori, who is believed to hold the sway and still calls the shot in the oil rich state. This is against the backdrop of the fact that Ibori being a friend to Saraki was not pleased with the way the Presidency and the APC were treating the immediate past President of the Senate, who he had consistently said contributed in no small measure to the success of President Muhammadu Buhari’s emergence as President in 2015 after three unsuccessful attempts.

Following this realization, Omo-Agege moved ahead of the plot of Oshiomhole that was still handing in the balance as some of the Senators raised fundamental legal and constitutional issues against the deadly move then even as the APC leadership was determined to use other means to get the duo of Dr Saraki and his deputy, Senator Ike Ekweremadu out of the way by every means possible.

Part of the group’s plan with the APC senators was well laid out and timed as all that was needed was the opportunity to strike potently and the set time was a scheduled foreign trip by Dr. Saraki during which his deputy, Senator Ike Ekweremadu was to take charge of the upper Chamber of the National Assembly.

The plan to oust Saraki and Ekweremadu was well laid out by the schemers who were equally conscious of the fact that Saraki was always ahead of their plans as he gets every information ahead of time.

Unfortunately, Oshiomhole in blind bid to get Saraki removed, was convinced that one of the best options was to carry out the plot in his (Saraki’s) absence and the President of the Senate, who was oblivious of the plan, traveled out of the country on official duties.

It was at this stage that Senator Omo-Agege hatched his own plan ‘B’ without the knowledge of his APC colleagues that were totally taken aback and felt not only betrayed but disappointed on the D-day.

The Delta born politician ensured that he worked ahead as he moved a day before the planned date and day, and confidently moved in with his political thugs with a backup cover by some security personnel that were not part of the original plot of the APC leadership. While unsuspecting Senator Ekweremadu was presiding, the thugs gleefully made away with the Mace of the Senate which is the symbol of authority of the legislature.

Unknown to Ekweremadu and the PDP Senators, it was a move that saved a more deadly plot which was to have been carried out by hooded men that were to forcefully abduct and take away Senator Ekweremadu in a commando style to pave the way for former governor of Nasarawa state, Senator Abdullahi Adamu take over as Presiding officer to effect the impeachment of both Saraki and Ekweremadu just as majority of the opposition party Senators were to be handed suspension until such a time that they would be prepared to declare unalloyed loyalty to the new senate leadership.

Part of the game plan was ostensibly to ensure a major division of the Senate while the Presidency would capitalize on it to withdraw all security details of both Saraki and Ekweremadu, thereby leaving them empty and vulnerable and from there, the executive arm of government would immediately accord recognition to the new senate leadership that was to be led by Senator Ahmed Lawan.

Unfortunately for the band of political leaders, security operatives and some of the APC Senators that keyed into the earlier plot and were familiar with the stratagem, they were seriously taken aback, shocked and totally at a lost as to the reason for the Mace snatching by Omo-Agege till this day.

Pointedly put, the Omo-Agege operation catapulted the Oshiomhole-led scheme and did not in any way help the party’s plan, instead it made Dr. Saraki more popular just as it attracted more sympathy to him and unfortunately put the APC Government in bad light. Saraki did not only attract the sympathy of Nigerians but more importantly, that of the international community as foreign ambassadors paid him solidarity visits.

It was further gathered that in spite of the major disagreement with Dr Saraki over his suspension, Omo-Agege had to sacrifice his ego in a bid to prove to his godfather-Ibori, who was backing Saraki, that he can be trusted in order to get the needed support after the tenure of Governor Okowa, hence his main reason for foiling the APC fight to destroy any chances of Great Ogboru becoming governor.

Omo-Agege is also conscious of the fact that Mr. Tega Emerhor, is also eyeing the governorship seat in 2023 and may likely get the APC ticket. So, in the thinking of Omo-Agege, if he is able to prove his loyalty to Chief Ibori, he may clinch the PDP ticket which would give him an easy ride to Delta State Government House, Asaba and not the smaller picture that Oshiomhole was designing for his own agenda without taking into consideration that politics is all about interest and the fact that it is local too.

That was how Omo-Agege scuttled and saved the Senate presidency of Saraki and Ekwermadu that ended their four year tenure on Thursday, June 6, 2019. 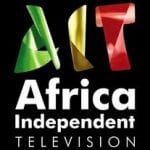 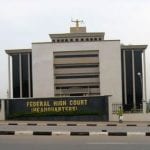