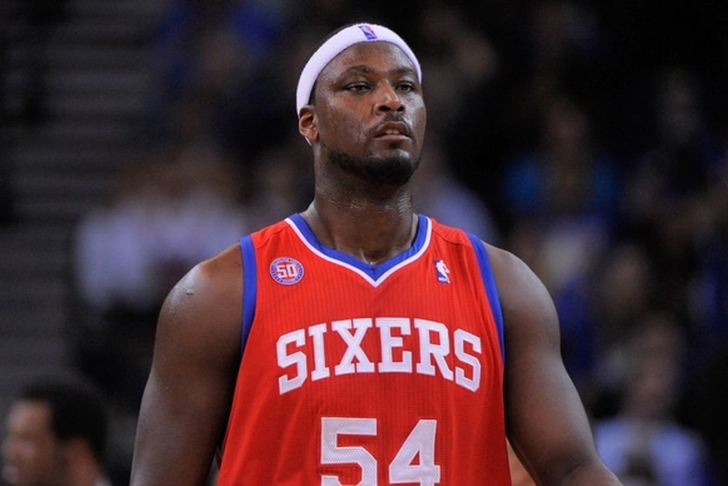 Ex-NBA star Kwame Brown is suing his financial advisors for fraud and claiming they stole $17.4 million of his money.

According to court documents obtained by The Blast, Brown — who was the #1 pick of the 2001 NBA Draft straight out of high school — is suing Merrill Lynch, Bank of America and a financial advisor named Michelle Marquez.

Brown claims he was a client of the defendants from 2004 until 2017. Brown says they were to handle all his financial matters, collect his NBA income, invest his money and trade certain stocks for him, but only to invest or trade with his consent.

The suit claims Marquez began overseeing his account and, on several occasions, began investing Brown’s money into various projects and trading stocks without his permission.

Brown claims Marquez even opened several bank accounts under his name, without his knowledge and without giving him access to the accounts. He believes she was depositing his money into those accounts and began investing and trading his money while collecting a commission for herself.

According to the lawsuit, Brown claims he took out a $1.1 million loan in 2006 and instructed Marquez to pay off the balance of the loan right away. In 2015, Brown says he learned Marquez did not pay off the loan and instead converted the unpaid portion of the loan into a line of credit.

Kwame Brown says he never authorized that and claims he suffered a massive financial loss due to Marquez’s actions.

In 2017, Brown says he called Marquez to talk to her about his finances but could not get her on the phone despite previously being able to get ahold of her.

After several conversations with another employee of defendants, he was told he had no money with Merrill Lynch or Bank of America. The employee told Brown that he had signed authorization documents for defendants to invest, trade or otherwise control his monies.

But Brown believes the documents bearing his name were forged. He says he hired forensic experts to look at the alleged signatures, all of which were determined to be forgeries.

Brown claims he had deposited over $17,400,000 with defendants, which he claims was mishandled or misappropriated through fraud.

The lawsuit — filed on Thursday in Los Angeles by the NBA star’s attorney, Corey Boddie — is seeking for the return of Brown’s $17 million plus further damages.

We reached out to Marquez for comment — so far, no word back.

Brown played in the NBA from 2001-2013 and, according to Basketball Reference, made just under $64 million in his career.